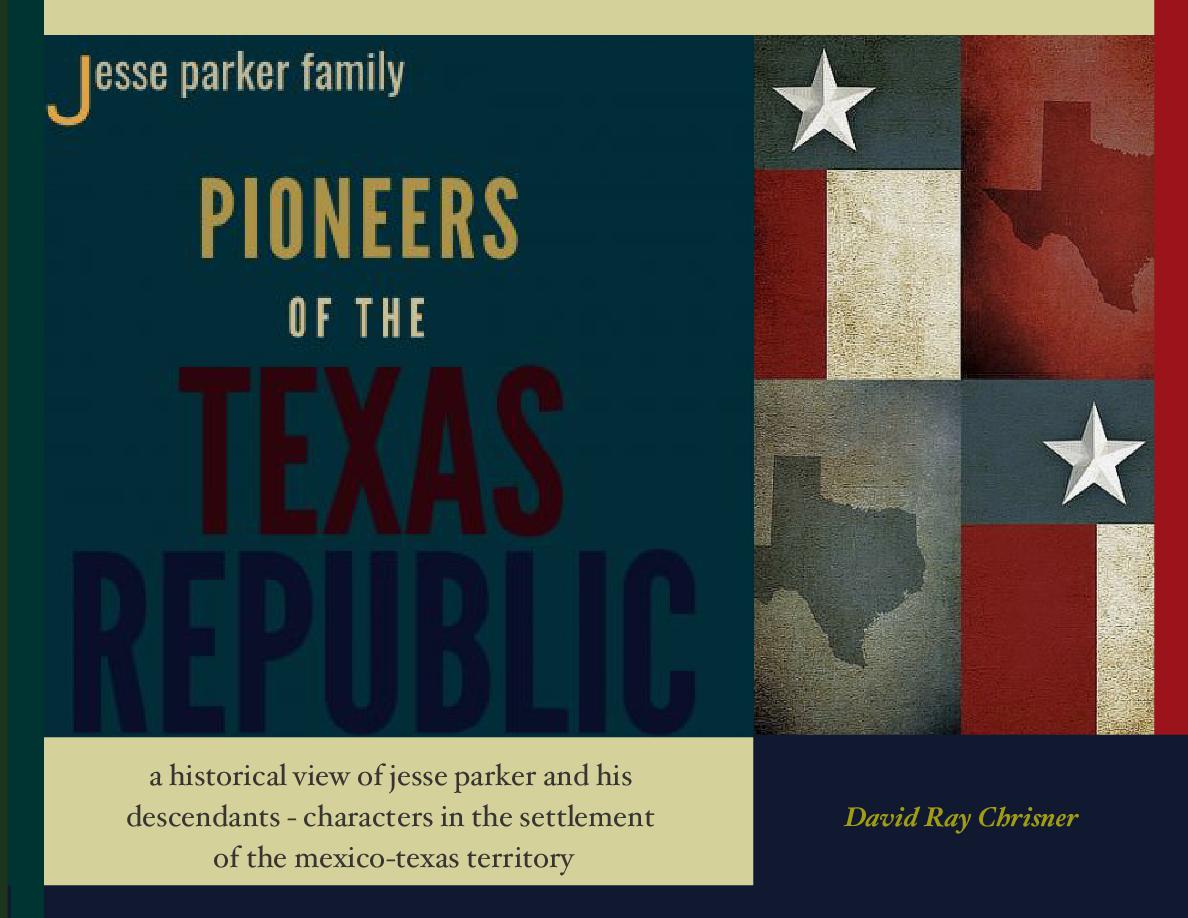 A historical view into the lives of the direct and indirect descendants of the Texas war hero, Jesse Parker. These early settlers of the Spanish-Texas & Mexico-Texas territory were great characters in the creation of the Republic of Texas. Having close ties with General Sam Houston, Col. Stephen Fuller Austin and many other political figures, these family pioneers settled the Mexico-Texas territory and planted family roots that would grow and flourish for generations.

Messages from the author:
More Books by Dav chr