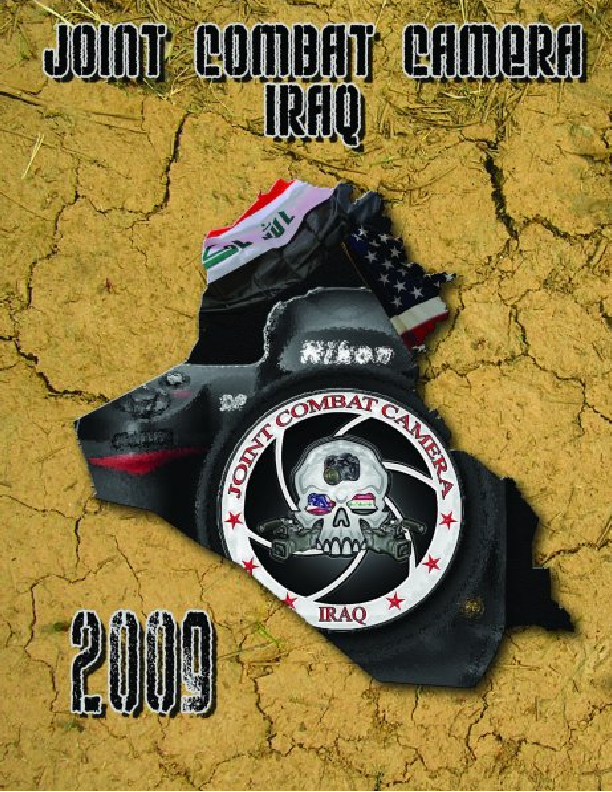 Developing future security, the team documented several Iraqi Police (IP), Army (IA) and Security Forces (ISF) operations and training missions. The IP training mission images were used to analyze mistakes and synchronize training efforts for future classes cutting errors and training time by 15%. Showing the valiant efforts of the IA raised the Iraqis’ confidence in the IA by 20%. Finally, JCC-I developed a documentation plan to show IA and IP civilian interaction showing their compassion for the Iraqi public. Once the images were publicized serious crime reporting raised from 66 to 77%.

During Operation Liberator, the U.S. military’s largest personnel recovery operation, JCC-I team expeditiously documented different recovery sites. The analysis of the detailed imagery led to the recovery of coalition members and of Captain Scott Speicher, a Navy pilot shot down during the first Gulf War, 1991.

As part of the drawdown, the team was cut by 44%, but still increased output by 19%. During the June 2009 U.S. Security Agreement, coalition forces turned over forward operating locations to Iraqi forces. The team masterfully led negotiations between U.S. and British forces leaders in Basra to initiate a critical personnel swap, and the swap out of key Iran-Iraq border security to ISF. The team also planned for the Government of Iraq’s future by documenting and planning for the nationwide parliamentary elections raising Iraqi’s election confidence from 42 to 68%. As part of Campaign Plan 09-02, JCC-I optimized support for the strategic reposturing of forces, parliamentary elections, relief in place and the transition force sending a clear message of converting from a combat to an advising force proving the U.S.’s commitment to the security agreement.

The unit organized the first-ever Multinational Corps-Iraq’s Iraqi Combat Camera training program, reviewing lesson plans, coordinating Iraqi media coverage and leveraging the most experienced U.S. Combat Camera personnel in country to teach their Iraqi counterparts. After the program was instituted they expanded it nationally resulting in exponentially increasing the ISF’s capability to leverage imagery to discredit enemy propaganda and raising the Iraqi public’s confidence in the ISF from 69 to 94%.

The combined distinctive and heroic accomplishments of the Joint Combat Camera-Iraq team reflects great credit upon themselves, the Department of Defense, the Government of Iraqi, and the United States. This book is dedicated to the true professional Combat Cameramen. They had the clearest vision of what was before them, glory and danger alike, and yet notwithstanding they bravely met it. No person is truly great who is great only in their lifetime…the test of greatness is the page of history. Each time history repeats itself, the price goes up. What is caught on film is captured forever…it remembers the little things, long after we have forgotten everything. Combat Camera made, captured and proved history time and time again!

More Books by Cos