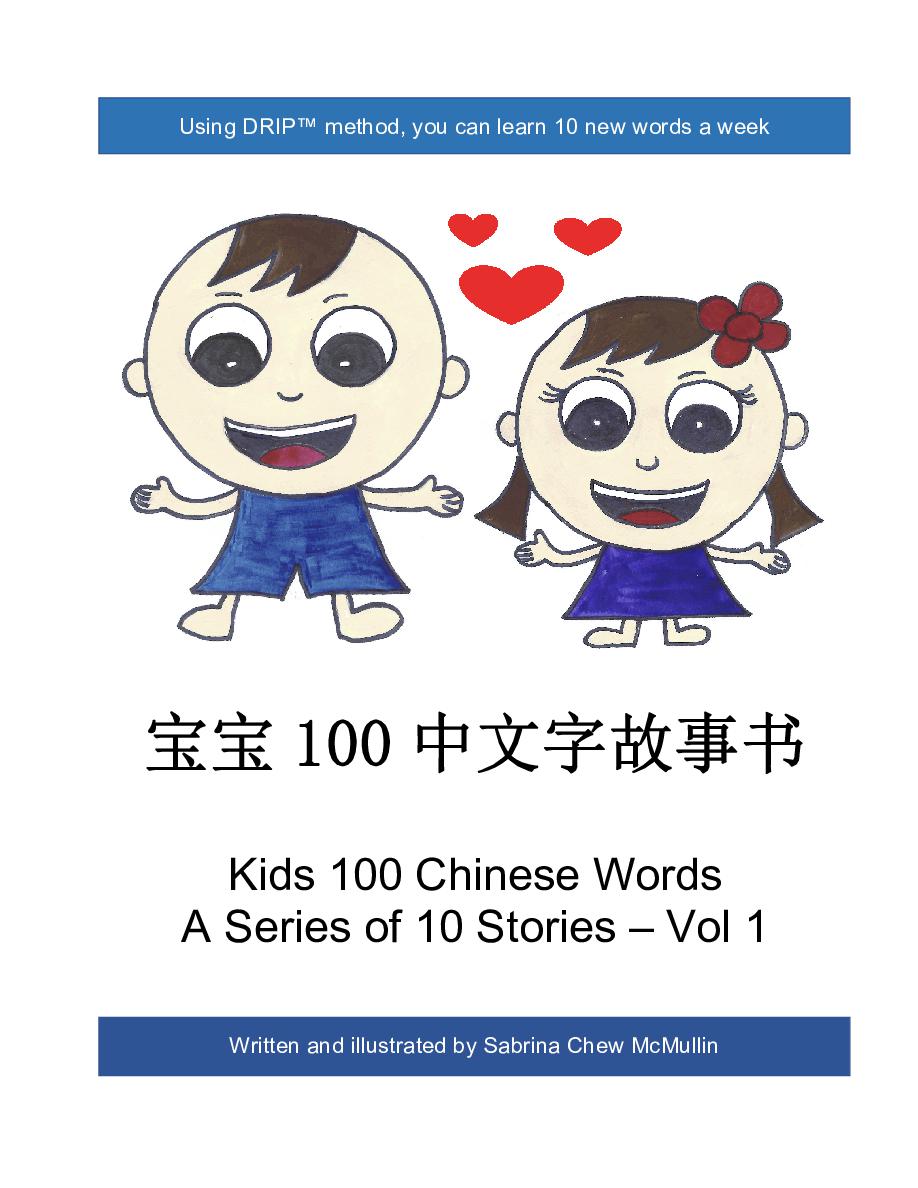 Learn Chinese in no time!

I grew up in Singapore where there are four official languages: English (common and first language), Mandarin Chinese, Malay and Tamil. I choose English as my first language and Mandarin Chinese as my mother tongue. After emigrating to the United States, I married my husband and had 2 boys. Recognizing the benefits of being bilingual, I wanted my two boys to know both English and Mandarin Chinese languages as well. I bought flashcards for my boys but they focused on basics such as numbers, colors and family, which did not allow them to progress quickly to the next level of fluency. I bought Chinese storybooks to read to my boys also, but there were too many words in the storybooks that my boys didn’t understand, which required me to translate every sentence for them. Because of these deficiencies, I applied my own DRIP Method that helped my boys to learn 100 Chinese words within 3 months.