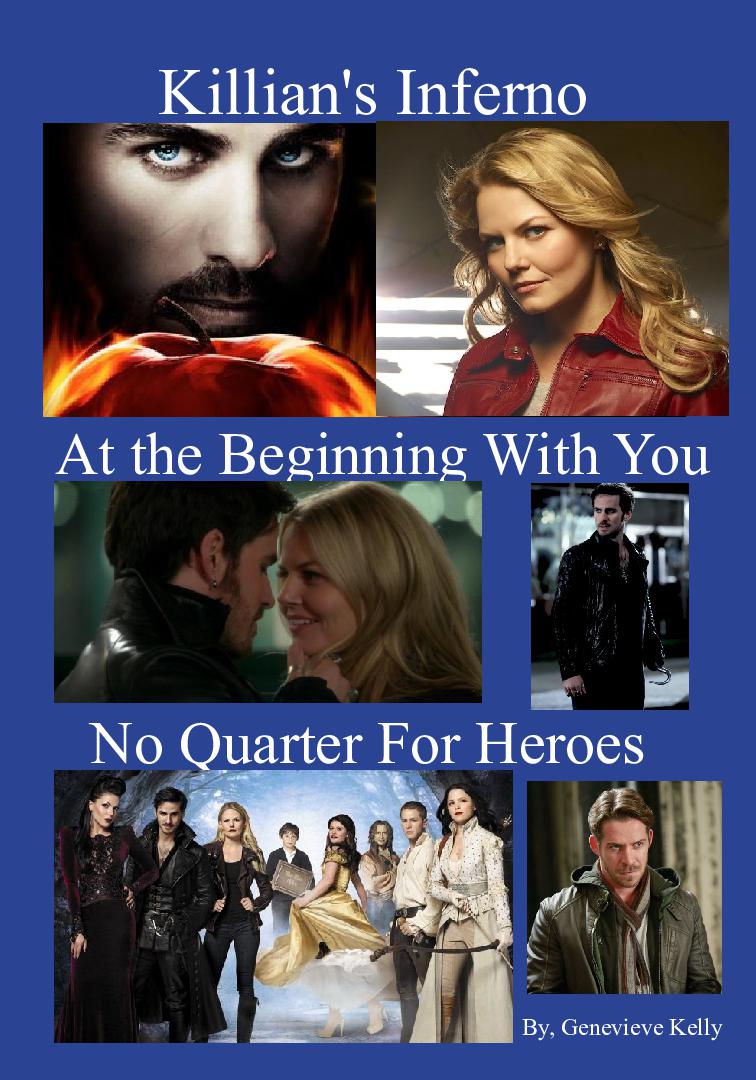 Killian's Inferno, At the Beginning With You, and No Quarter For Heroes - Once Upon a Time Fanfiction

Emma, as well as her family, friends, and even Mr. Gold, all journey into the Underworld, most of them with hope of saving Killian from an eternity of agony and torment and to bring him back life. Not only do they not know where to begin their search, but enemies from the heroes' pasts return to stop them, along with new villains too. Rumpelstiltskin is only too happy to help them.

This is a direct sequel to my other Once Upon a Time fiction, Killian's Inferno. Emma and Killian have left Storybrooke on the Jolly Roger for their honeymoon, looking for an adventure on the high seas as well as within another realm. Soon they find themselves in a fight for survival. This story title comes from a song sung by Richard Marx and Donna Lewis from the movie, Anastasia.

After being defeated twice now by Emma, Hook, and the rest of the heroes, Hades makes one final strike against them by returning one of their most dangerous of enemies long dead in order to enact a plan that could destroy..

I enjoy writing stories for a web site, fanfiction.net, under a pen name. These stories are based on the characters of the television shows and movies I watch and enjoy. I hope to become a novelist writer one day too, but I think that I will really enjoy becoming a screenwriter and a scriptwriter most of all.