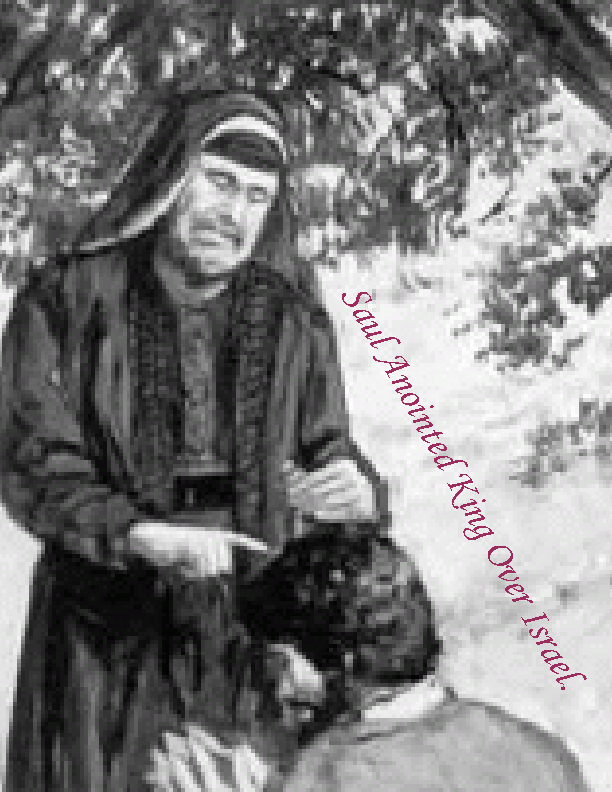 King Saul - And when Samuel saw Saul, the LORD said unto him, Behold the man whom I spake to thee of! this same shall reign over my people.

Saul (Hebrew: שָׁאוּל, Modern Sha'ul Tiberian Šāʼûl ; "asked for, prayed for"; Arabic: طالوت‎, Ṭālūt; Greek: Σαούλ Saoul; Latin: Saul) (1079 - 1007 BCE) was the first king of the united Kingdom of Israel (reigned 1047 - 1007 BCE) according to the Hebrew Bible. He was anointed by the prophet Samuel and reigned from Gibeah. He suicidally fell on his sword in battle against Philistines at Mount Gilboa, during which three of his sons were also killed. The succession to his throne was contested by Ish-bosheth, his only surviving son, and David, who eventually prevailed.