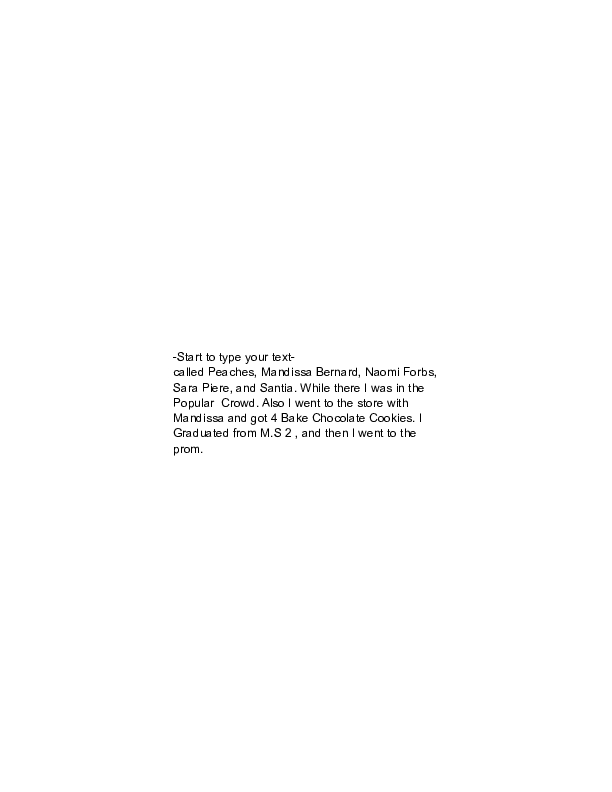 I was born August31,1986 in Kings County Hospital. After that I found out my father name which is Otis Barnes Senior, And my name is Ruth Blowe. Then I found out I had a brother name Otis Willie Barnes Junior, And my parent's called me Krystal Elizabeth Barnes. After that I told my Mommy I wanted to be a secretary. And while I was growing up I found I had 3 sister's on my father side called Jan, Kathy, and Cynthia.

I went to Public School it was called P.S. 289, While there I made a Best Friend name Malissa Barnes, And Friend's with a girl name Domonique Rodrigues, and a girl name Selma. Also while there I got pick on by a crowd of girls in my class. Because of that I told my Mommy, And she told me to fight them the next time I see them. And I did it happen in the Park.

Also I always did my school work. And after school I go to the Museum to learn creative stuff. I graduated from that school the Graduation was at Wingate High School, I also went to my prom. Went to J.H.S made..