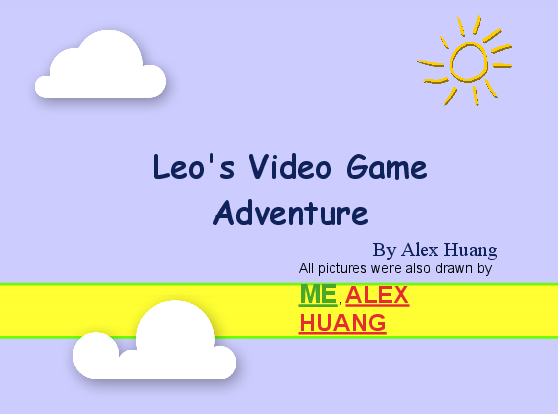 One day, Leo, a bored 14 year old, is playing Super Mario Bros. He later says that he is bored with the game, and starts his science homework. He was having understanding Newton's three laws, when he accidentally spills a can of Radicola on his game console. Sparks fly, and eventually, Leo is sucked into the vast world of Super Mario Bros. He is told that in order to get out, he will need to learn about Newton's three laws as well as two other physics concepts.

Alex Huang is a student at WHS. Blah.