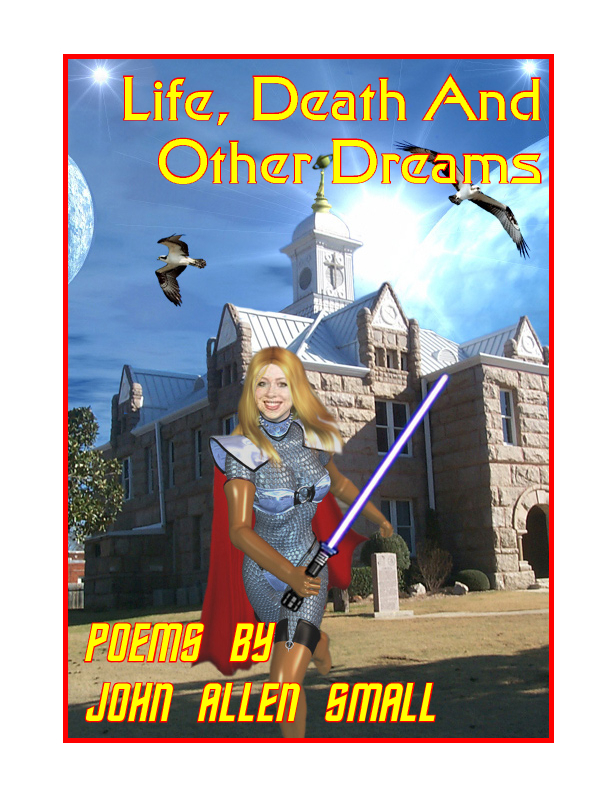 John A. Small was born in Oklahoma City in 1963, lived in Illinois for most of the next 28 years (with brief sojourns in Texas and Athens, Greece, thrown in to break up the monotony), then chose to return to his native state in 1991.

He graduated from Bradley-Bourbonnais Community High School in 1981, and received his bachelor’s degree in journalism from Olivet Nazarene University in Bourbonnais, Illinois, in 1991. The years between finishing high school and starting college were a period frought with numerous exploits and misadventures, some of which have become the stuff of local legend; nobody was hurt along the way, however, which should count for something.

His newspaper work, both as columnist and as reporter, has been honored by the Oklahoma Press Association, the Society of Professional Journalists, the Associated Press, the National Newspaper Association and the Oklahoma Education Association. He began writing his weekly column, “Small Talk,” in 1988 while he was a student at Olivet, and earned several awards from the Illinois College Press Association. Upon his return to Oklahoma, the column quickly became a popular fixture in the Johnston County Capital-Democrat in Tishomingo, where he currently works as News Editor; the column’s simple, straightforward style attracted a diverse audience and earned Small the nickname “Bard of the Lesser Boulevards” from a journalistic colleague. A radio version of “Small Talk” was honored as “Best Radio Commentary” by the Oklahoma Pro Chapter of the Society of Professional Journalists in 1998.

In addition to his professional career as a journalist he wrote and published a collection of Western short stories entitled “Days Gone By: Legends And Tales Of Sipokni West,” published in 2007; and was a contributor to the 2005 Locus Award-nominated science fiction anthology “Myths For The Modern Age: Philip Jose Farmer’s Wold Newton Universe,” edited by Win Scott Eckert. (Both books are available at Amazon.com.) He has also written a stage play and a self-published cookbook; served as project editor for a book about the JFK assassination entitled “The Men On The Sixth Floor”; and is the founder of the Ravia Institute for Apocalyptic Investigations. A lifelong fan of the Kingston Trio, the Monkees and the Chieftains, he has been known to throw heavy objects at people who say they don’t like the sound of the banjo, the bagpipes or Michael Nesmith.

The poems in this volume were written at various times over the course of about 25 years. They have been compiled together into a single volume (in no particular order) at the behest of several well-intentioned friends, whom I fear hold the poems in higher regard than they deserve.

Just the same, it is highly pleasing to me on a personal level (though somewhat intimidating on a professional level) to be able to share these works with you. I harbor no illusions regarding the adequacy of my talent, and make no excuses for any lack thereof; if the song in our hearts is sometimes better than the one on our lips, I suppose the same can be said regarding the poems which flow from our pens.

That said, I would like to remind you that The Source from which they flow has the wondrous quality of always being available to all. Enjoy it; embrace it. That’s what it is there for.