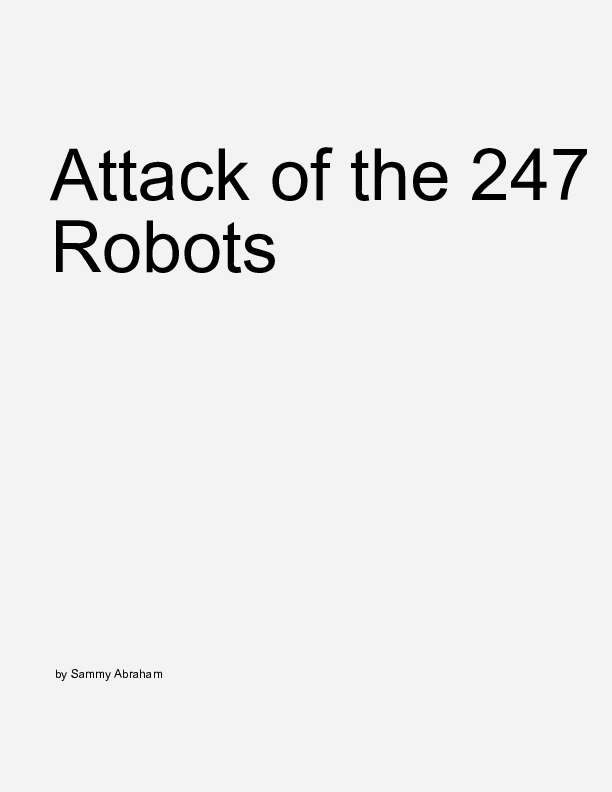 LIFE IN THE DEATH ZONE

Sammy,Abdullah,Aldija,Vilma are the managers at a company

called Rocka and they take a visit to Dr.Youshu's Lair when

joseph , because 10 years ago Vilma and Joseph were on a

secret mission to stop some losse robots and joseph was

put a bomb in a rainforest in California and stopped it .

get his revenge on her an being the hero. So he re-programed

the weapon spawner to spawn a army of robots.

My name is Sammy Abraham and i'm not really a school and reading person actually I hate reading but I read some books and watch scary movies and I want to make a book based on 4 people I know Abdullah Aldija Vilma I chose them because their in my class and I added some extra characters and also I have the most contact with then on install gram data plans and Facebook .