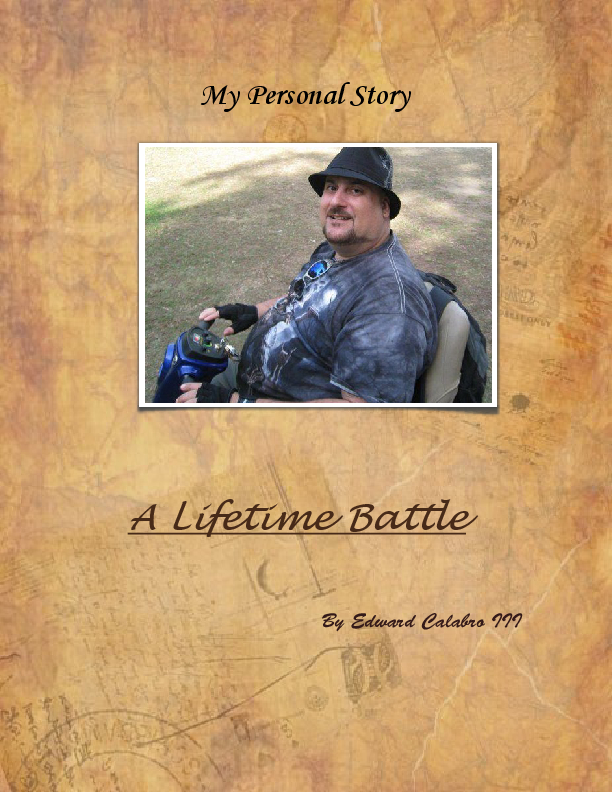 This book started out as a journal based on events that are taking place or have taken place in my life and what I felt and the end result, what I did about it to overcome my battles of who I really am. This book also explains in detail my life and who I was born, brought up and how I lived. How was I able to handle situations that became a road block and how I eventually overcame my life challenges growing up as a child and into my adult life.

I was born in Seattle, Washington on April 13, 1975. I was born on a Sunday at 11:54pm. Doctors had discovered I was born with Spina Bifida and were unaware at the time, whether I would survive or not. About a week later I underwent an operation to surgically insert a shunt into my brain that drained into my belly. That was to control a similar condition to the Spina Bifida called, Hydro Cephalus. My parents were told I wouldn't live long, I beat the odds with time on my side. Later on after I survived, the doctors told them from the extent of the nerve damage, I would most likely never walk again. Later on, I beat the odds of that as well, at about the age of 6 years old. I grew up to face many challenges in my life. I have three older sisters that I hardly know, considering at the age of two, my parents divorced, I explain more of that in detail in my book. I grew up as an "only child" and with that came a lot of hardships between my mother as a single parent and myself growing up.