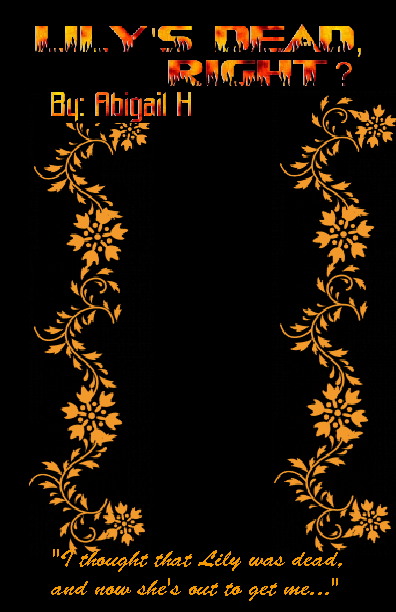 Lily died at the age of fifteen. She was pushed off a cliff by a spirit she calls King Agathangelos. He told Lily to kill her sister, Sophia, who is sixteen. So, Lily made it her new mission to kill Sophia. Sophia mourns for her lost sister. She is shocked and doesn't know what to believe when Lily returns. She senses that something has changed in her sister, and she's proven right when Lily starts attacking her friends. When she does attack her friends, all Sophia does is block and defend, still confused at what happened. But when Lily starts to attack Ashton, Sophia decides that enough is enough, and she switches from defense to offense

Never have I ever gotten this far in a book. Over 80 pages? When I was a little girl the best I could do was maybe one or two. Well, back then I didn't have my awesome friends pushing me to write more, so thanks to you! And, seriously, 33 of you people out there have favorited this? OMG I love you guys SO MUCH!

Sorry I'm going to be changing the cover a lot! :)