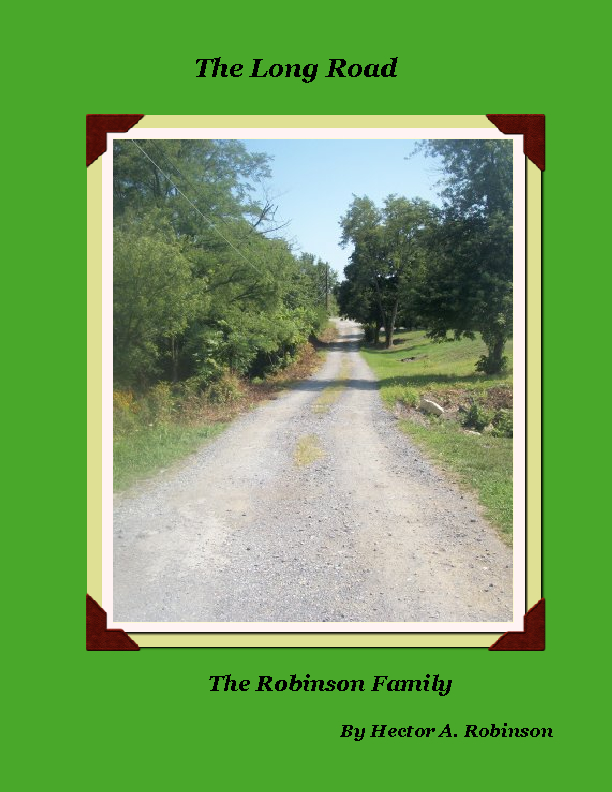 It started with Thomas Robinson in the 1700 hundred's and go's until the present day. Some family members have short stories to tell and some don't. but it has long and sweet history just the same.

Born Hector Antonio Robinson on July 30th 1954 in New York City, NY. Moved to Chambersburg, Pa in 1956. In 1962 he attend Scotland School For Veteran Children in Scotland, Pa. He graduated in June 1973, and enter the US. Army of that year, he stayed in the Army until July of 1976 in which he returned back to New York City, where worked, until May of 1978 that's when he went back in to the Army. He stayed this time up until July 1989, once again got out of the regluar Army, and just stayed with the Army Reserve until 1996 when he retired. He now lives in Chambersburg, Pa