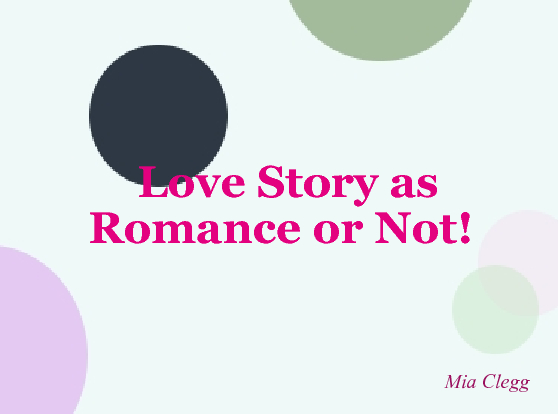 Love Story as Romance or Not!

Mia got a boyfriend... his name is Jalen Brown and they have been dating since 4 years and Jalen asked Mia to marry him and live with him when Mia got cochlear implant... but Amber don't like them to dating together and Mia and Amber have been argument since 4 or 3 years and Mia got pregnant but Brooke died because Mia was falling on the ground while Jalen gone to business trip and won't back until 3 weeks then Mia was depressed too much and she wanted have other daughter... so 2 years later... Jalen and Mia got divorced since 2 years and Mia lived with Jamie for a while and Jalen came home and wanted them back together and they have been dating right now and Uncle Ken was slow dying because he have cancer... what it will happen next? Find out!!!

I am Mia Clegg... I am deaf and I love to write the story... nothing personal.