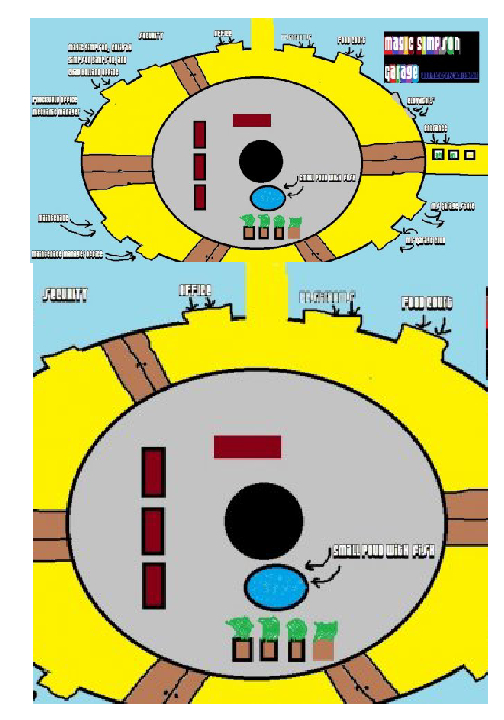 Magic Simpson Garage is a air travel business like the airport that offer cheap flights. Air travel starting at $2 per mile. MS Garage was founded on March 30, 2014 by a rich Houston police officer named Magic Simpson. It is known as the most popular business in the world today. The planes and jets at MS Garage can fly up to 5,000 miles per hour with nitro. Mechanics at MS Garage install flying exhaust devices on vehicles for $5,000 plus a $500 install fee. Flying exhaust devices will make any vehicle fly.

PLOT: A dangerous gang known as the Killer Thunder Stones threaten to destroy Magic Simpson Garage when Magic and his partner Chad Holland become the gang's most wanted targets. The Killer Thunder Stones are furious about the death of their leader, Boogie Huffman. Boogie was killed by Magic and Chad in a epic shootout. His hideout was discovered in a ghetto neighborhood. Magic and his family is being protected by natural guards. Magic and Chad must protect MS Garage from the KTS.

Jecory D. Hobbs grew up in Houston, Texas and started writing at the age of eleven. During his career, he has written many fiction stories and has enjoyed presenting his work to his family. Having loved English and the creative arts, Hobbs was also known as a playwright in high school. Having loved English and the creative arts, He is inspired by various writers across all genres inlcudeing the novels of Mark Twain as well as the lyrics and verse of Ice Cube and Dr. Seuss. Hobbs would like to delicate the book to the brave men and women fighting for the United States of America. He qualifies to write about the war to let the ones who are fighting know that he cares about them. He want everyone to know how it feels to serve the Country. It makes him write about this because he love writing action/adventure fiction. He hopes to bring war and the experiences surrounding it to life in his work because he would like to let everyone know how it feels fighting in war. If you would..