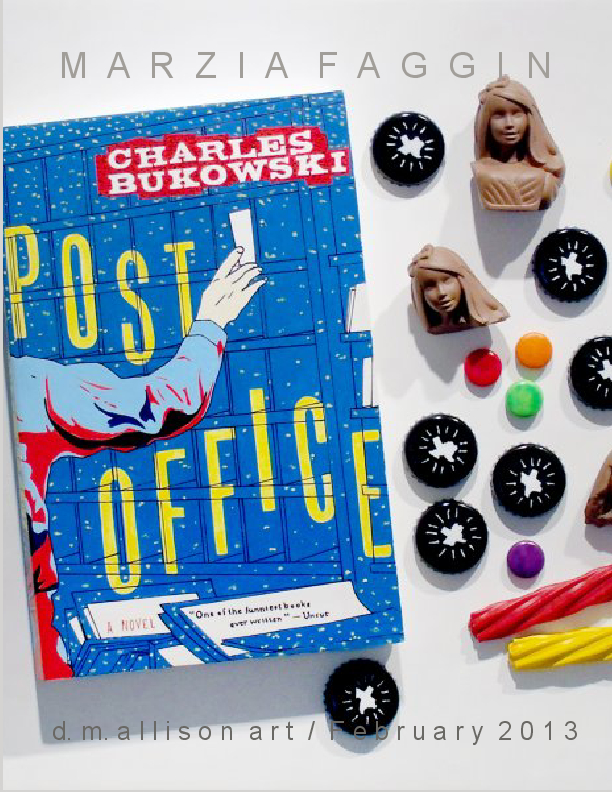 Marzia Faggin's first solo exhibition "Fragile" opened at Nau-haus in September 2011. Her current exhibition "Dissatisfaction" follows at d. m. allison not so much as a sequel but perhaps as a conclusion with works in photo realistic, life size, cast and painted plaster (Hydrocal), working with the themes of addiction and human frailty.

There are no other animals quite so fond of their addictions, and no other species so ingenious and imaginative in finding so many paths to pleasure as the Homo Sapien. What passes for pleasure in the moment often causes us pain in the short term, and has overall tragic consequenses in the long term.

In her exhibition "Dissatisfaction" opening at d. m. allison on Colquitt this February, Marzia Faggin presents us with the "morning after," and what might be left on our nightstands.

Owned and operated by Dan Mitchell Allison, d. m. allison art is dedicated to the exploration of new and emerging talent, as well as a venue for established work by Houston's independent visual artists. For more information e mail info@dmallisonart.com or visit

us on line at http://www.dmallisonart.com