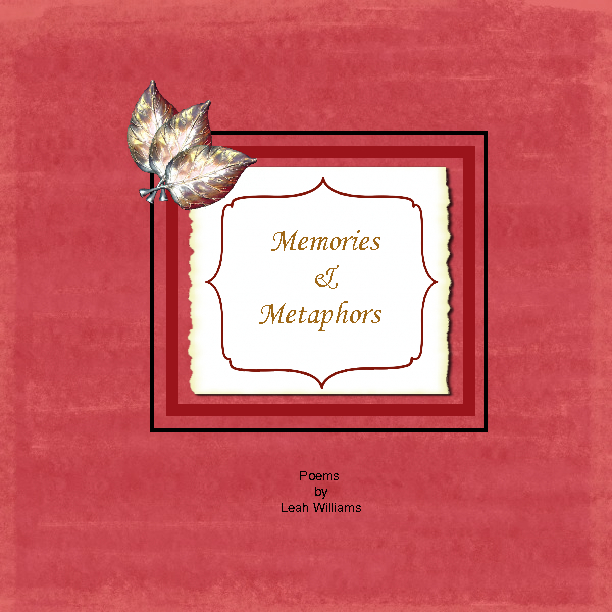 Memories & Metaphors is a collection of poems ranging from love, longing, dreams, deception, doubt and hope.

Leah Williams is a returning college student studying Mass Communications at the University of Charleston in Charleston, West Virginia. Her first publication of collected poems, "Memories & Metaphors," was produced, in part, to serve as her Senior Capstone Project. She has been writing poetry and prose since the age of 13. Having a great appreciation for all genres of art, she is also a musician, singer/songwriter, painter and jewelry maker. While her passion lies in writing, she has written numerous articles on varying subjects, documentaries and screenplays for television and film, including writing, producing, directing and starring in a short film titled, “Revenge of the Secretary.” Leah is an aspiring freelance writer who hopes to publish more of her works and film a documentary upon completion of her degree.