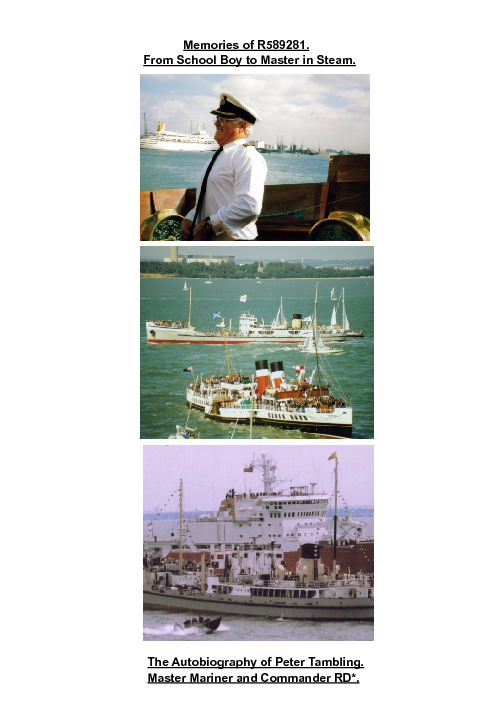 From school boy to Master in Steam, and a career in Shipping and Port Managemment before returning to command in Steam.