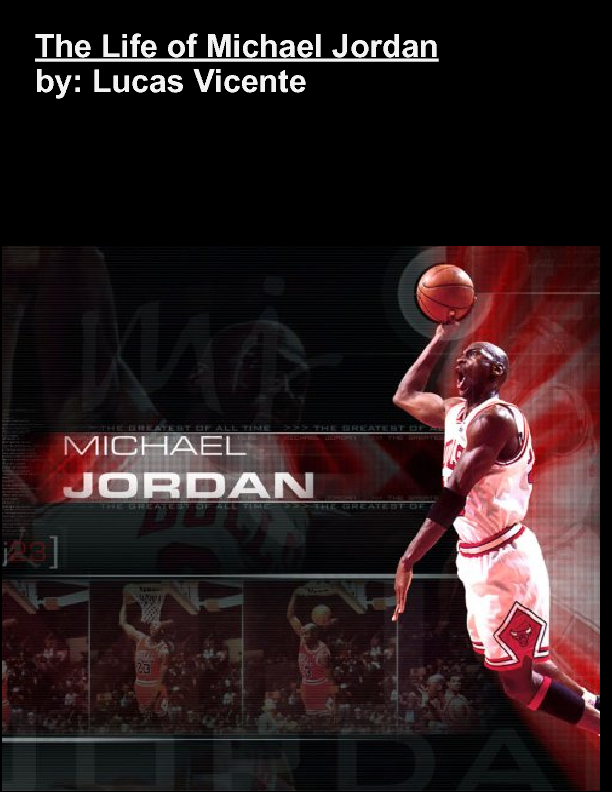 Michael Jeffrey Jordan(born February 17, 1963 in Brooklyn, New York) is a former American professional basketball player who is the basketball player of all-time after playing in the NBA for 15 years. He is currently an active business man and owner for the Charlotte Bobcats found by Robert L.Johnson. Michael was inducted to the Hall-of-Fame in 2009.
Jordan also played baseball and golf. Jordan retired to play baseball in 1994 but came back in March 1995. In his first full season back, Jordan led the Chicago Bulls to a record 72-10 season in 1996 then retired in 1999, but made another NBA comeback with the Washington Wizards until 2003.
He is the father of college basketball stars Marcus Jordan and Jeffrey Jordan.

My name is Lucas Vicente. I live in New Bedford, MA. I was born on January 17, 1998. I would like to be a basketball player in the NBA when I grow up. The college I want to go to is North Carolina in honor of my favorite NBA player of all-time Michael Jordan.