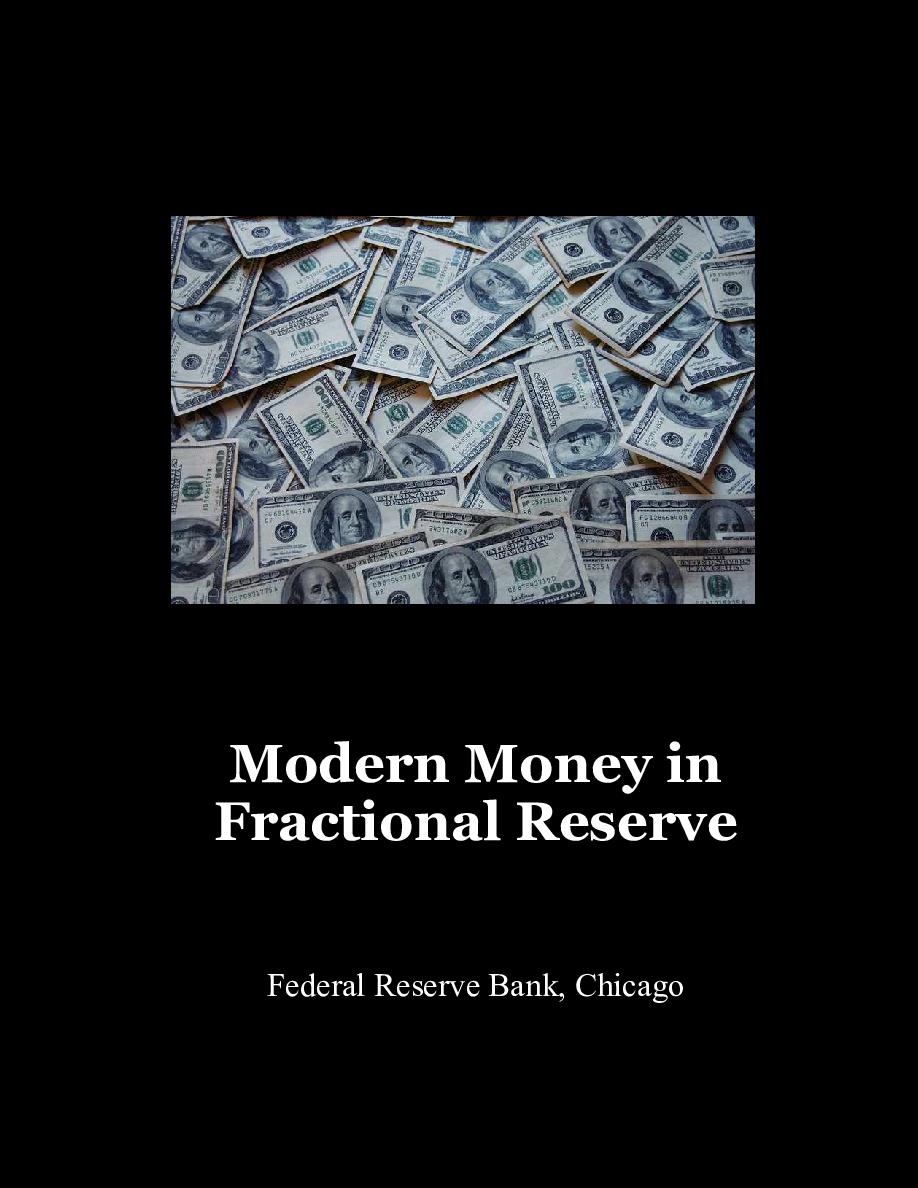 The purpose of this booklet is to describe the basic process of money creation in a
"fractional reserve" banking system. The approach taken illustrates the changes in bank
balance sheets that occur when deposits in banks change as a result of monetary
action by the Federal Reserve System - the central bank of the United States. The
relationships shown are based on simplifying assumptions. For the sake of simplicity,
the relationships are shown as if they were mechanical, but they are not, as is described
later in the booklet. Thus, they should not be interpreted to imply a close and
predictable relationship between a specific central bank transaction and the quantity of
money.