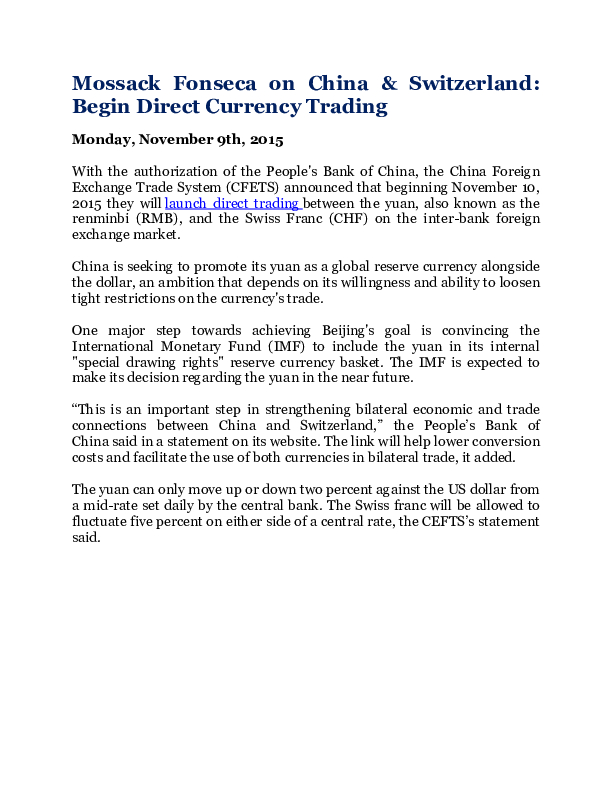 With the authorization of the People's Bank of China, the China Foreign Exchange Trade System (CFETS) announced that beginning November 10, 2015 they will launch direct trading between the yuan, also known as the renminbi (RMB), and the Swiss Franc (CHF) on the inter-bank foreign exchange market.