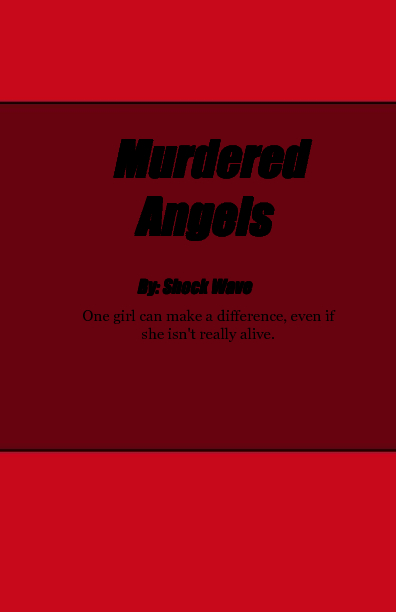 Melonie is running out of time. A murderer has killed almost everyone in North America and will soon go on to other continents. This includes herself. She has turned into an angel. New stories are coming in everyday. The murderer has left many clues including riddles and a bloody angel doll. It's up to Melonie and the other angels to stop and kill this murderer before he kills everyone and becomes the ruler.

I am Shock Wave. I have also created (or creating) the Shadow Fighterz series. I have to crazy brothers and have 7 Koi and Goldfish. I am 12 years old. I look forward to new stories I make for you.