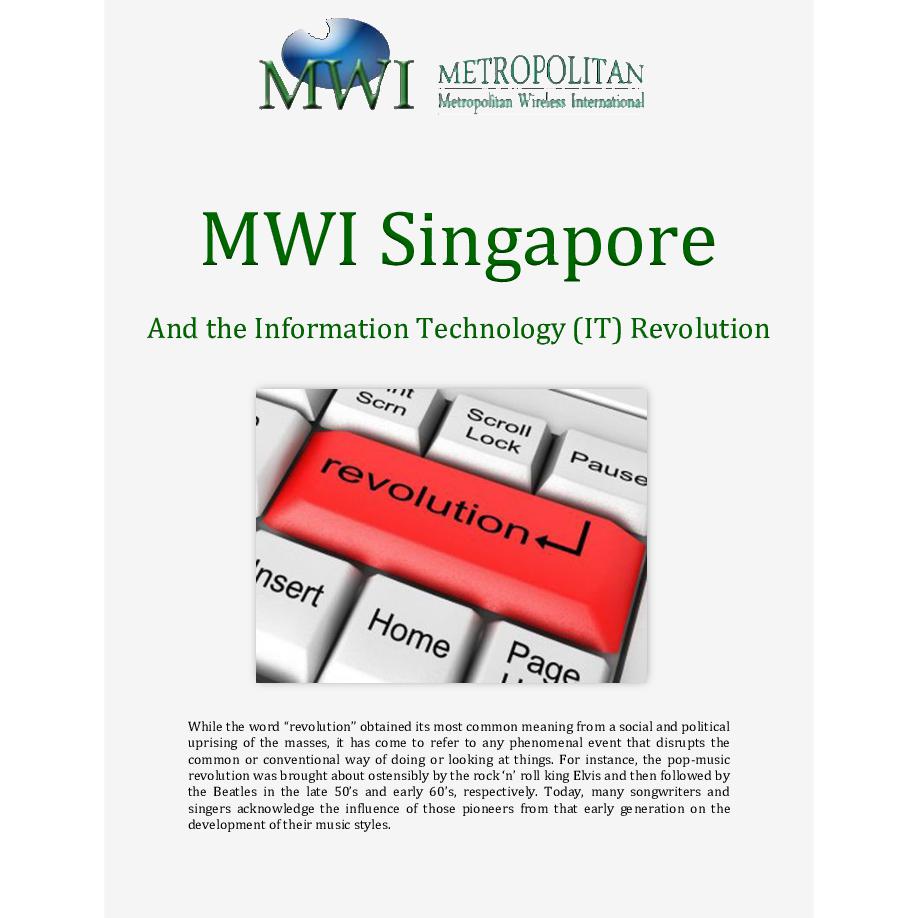 While the word “revolution” obtained its most common meaning from a social and political uprising of the masses, it has come to refer to any phenomenal event that disrupts the common or conventional way of doing or looking at things. For instance, the pop-music revolution was brought about ostensibly by the rock ‘n’ roll king Elvis and then followed by the Beatles in the late 50’s and early 60’s, respectively. Today, many songwriters and singers acknowledge the influence of those pioneers from that early generation on the development of their music styles.

Established in January 2009, Metropolitan Wireless International Pte Ltd specializes in designing and developing state of the art solutions for the mobile wireless communication and control systems.