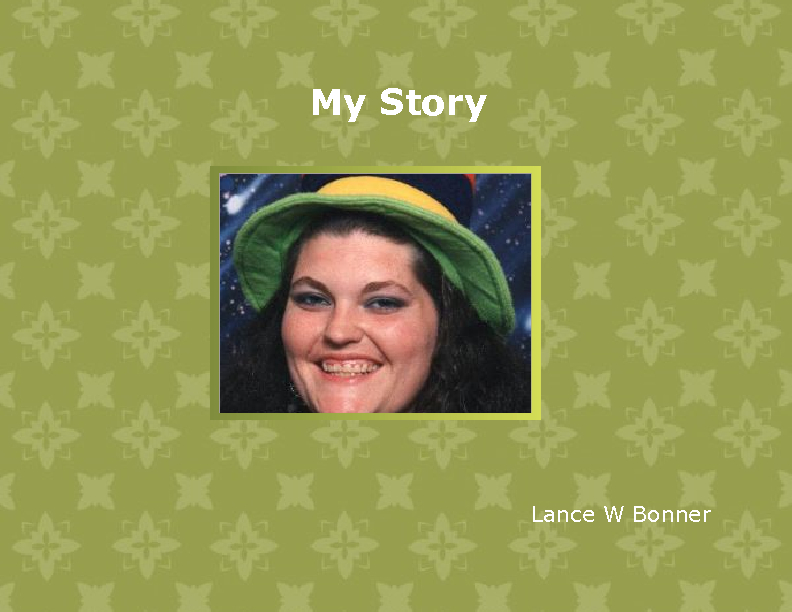 My mom and family - The youngs

Forever and ever, I lived with my mother Mizi, my sister Rinn, and my father Jonny....At least I thought it was gonna be forever....my mom passed away on May 13 2010, me and my sister were sad....but we always know that Mizi Young....will always be forever....young

: I became an author at the age of 13, I started playing Runescape, and then I went on the forums reading those ‘Noob’ stories! One story called Bono The Noobiest Noob inspired me to write this hit amateur script novel called “The Ultimate Noob Journey” people wanted to be characters in the story, I got more fans by the day! They put confidence in me, and then I started to write the two other stories. “The Ultimate Noob Adventure” and “The Ultimate Noob War” By then I stopped writing stories because I lost confidence in myself, but! I joined this site called www.Eliteskills.com, which I made this non script novel called “Yuri And Flames Adventure” which I started this saga after watching the hit anime series “Full Metal Alchemist” But Eliteskills also had a role play section where its text roleplaying, I never liked Roleplaying but I tried it out! After playing Final Fantasy XII I admired the character Captain York Vossler ‘Azelas, I made a role play character named ‘Azalas’ by mistake, but that is what started my journey to writing books….I did these two stories at the age of 14,

I still write stories, and I am 15 still! I show my teachers, they admire them and my main teacher helps me edit all of them! I wrote the Azalas stories in her class, Azalas’s Life, Azala’s Life: Key to Humanity. Yuri is Azalas’s son by the way if you ever read the Yuri and Flames Adventure. If you wish to know anymore about me, my life, and my work in progress please give me a call at;

P.S. I am so sorry but there are multiple ways to pronounce Azalas, here is the few pronunciations; UZ-A-LES, AS-A-LES,-EZ-A-LES.

Also if you guys want to volunteer to do artwork for the books that would be appreciated, I do not have money, But I guarantee full credit for any Volunteers in the book that you have helped illustrate!

And there is the movie making! The most important of all! If you guys are amateur movie makers on youtube, or any other video hosting site, it would be much appreciated if any of you made amateur movies of what your perspective is! Or even what the next story is going to be about!

Sorry if my books are too short, or not good, it takes a lot of potential to become a writer, take this story as an example to help you become a writer! Imagine what the characters look like! Josh can be a middle aged scientist with red hair, a bowler’s hat, and the story can start out in the 1800’s! It’s your imagination! One good tip; LET IT GO WILD!