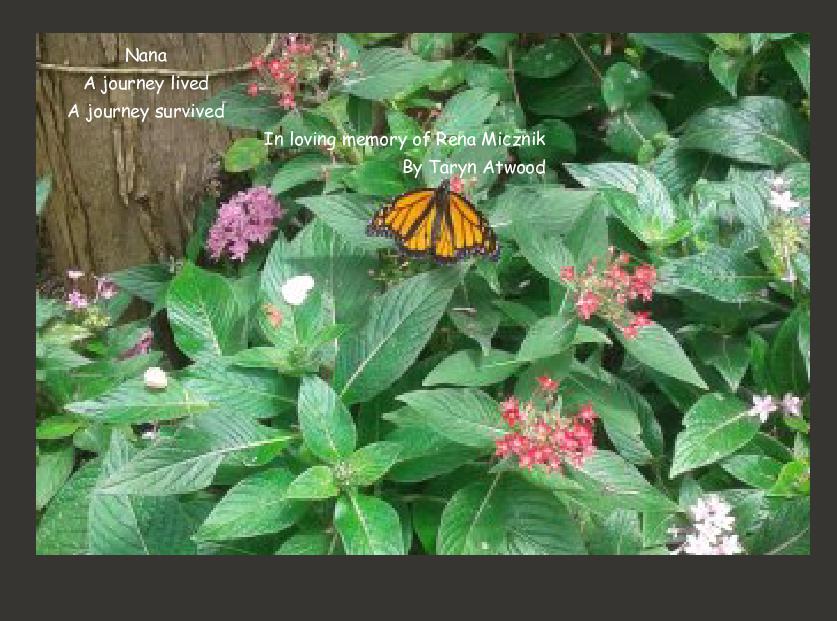 The life and journey of my Nana, Rena Micznik. She was born in Lodz, Poland in 1920. Survivor of the Holocaust, immigrant to citizen of the USA!

My Name is Taryn Atwood. I grew up in a small country town in Massachusetts. I have since moved to Rhode Island with my son, Devon, and my significant other Jeff. We live in a nice two bedroom apartment. I grew up listening to my Nana tell me stories. I would often ask her about her childhood, about her parents, her brother, her life, before Massachusetts became her home. I love to read and write. One night, I was unable to sleep, insomniac at it's best. I decided to re-write a short essay I had written and won an award for. I was tinkering around and realized I was really enjoying the art of putting her story on paper. It is great what kind of ideas you get after watching hours of terrible infomercials from 2am on.

Messages from the author:
More Books by ttmommy7