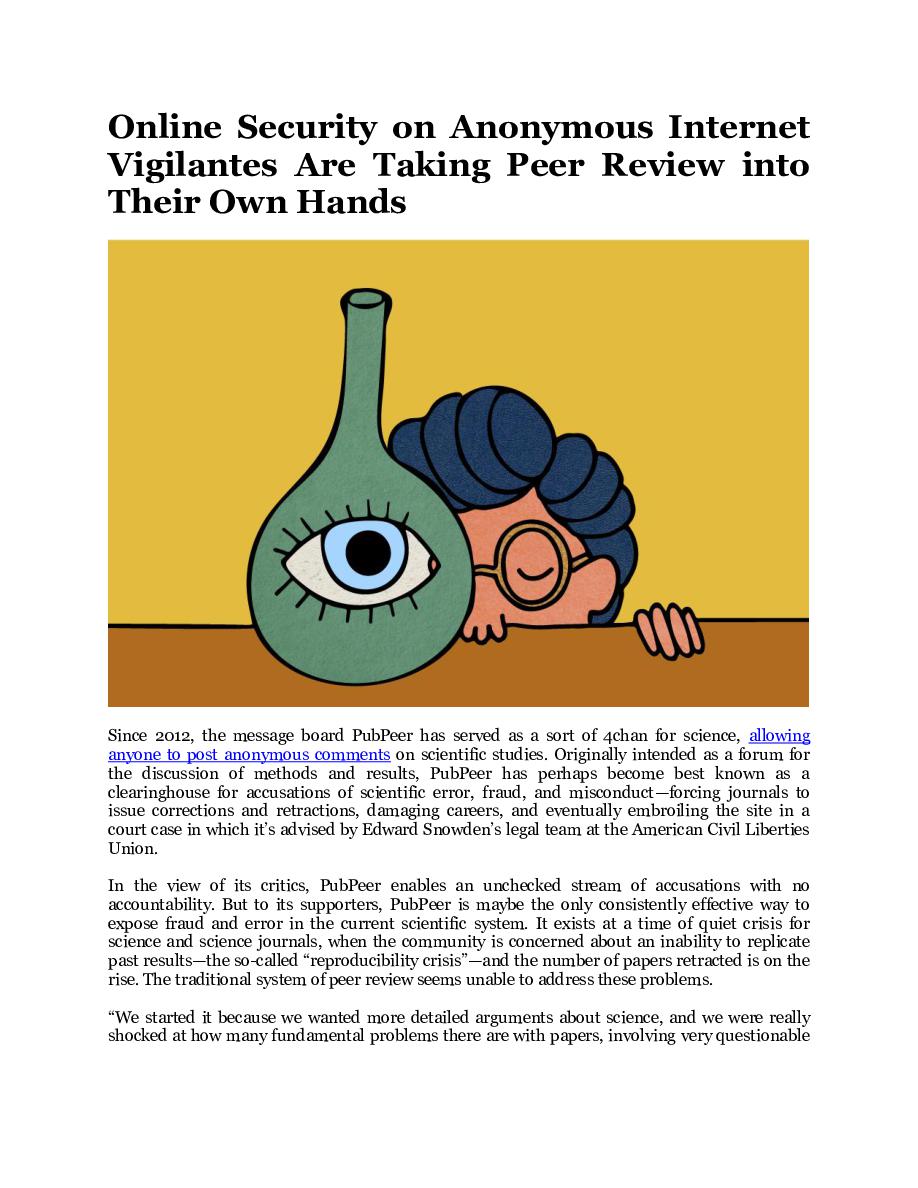 Since 2012, the message board PubPeer has served as a sort of 4chan for science, allowing anyone to post anonymous comments on scientific studies. Originally intended as a forum for the discussion of methods and results, PubPeer has perhaps become best known as a clearinghouse for accusations of scientific error, fraud, and misconduct—forcing journals to issue corrections and retractions, damaging careers, and eventually embroiling the site in a court case in which it’s advised by Edward Snowden’s legal team at the American Civil Liberties Union.