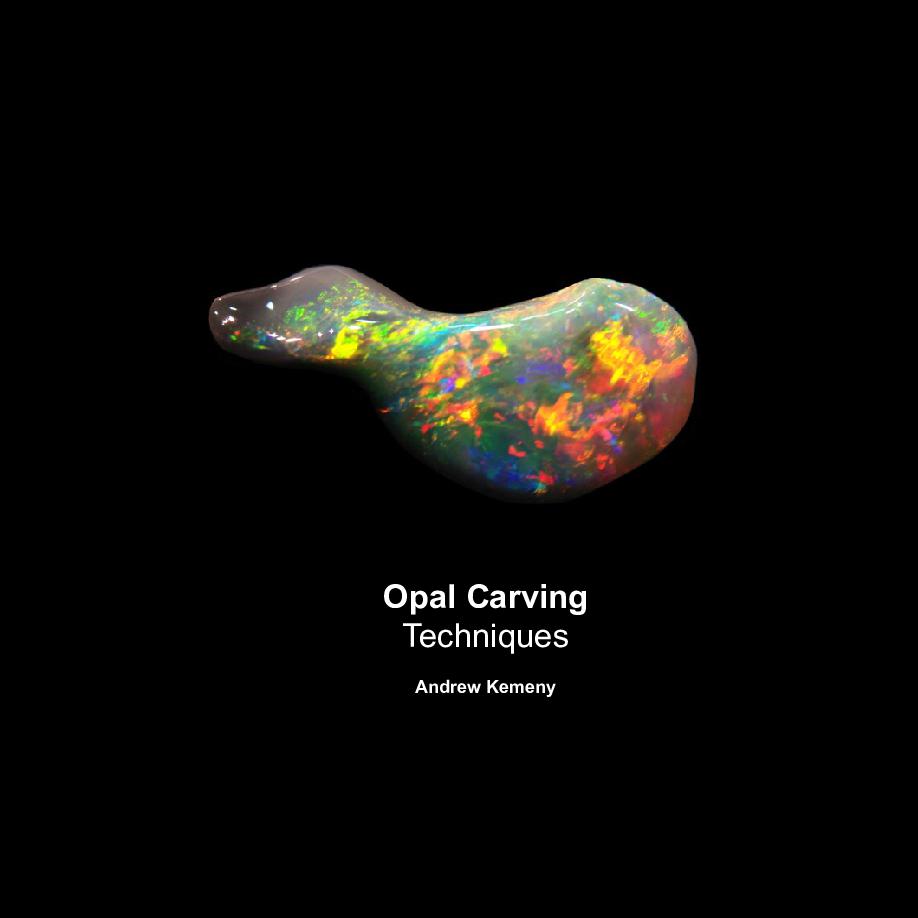 The carving of opal was pioneered over 20 years ago in an endeavor to maximize play of color, yield, brightness and pattern; and create free form abstract and/or figurative pieces which are truly unique.

As distinct from the regular cut and polish process utilizing a lapidary bench grinder, carving uses a rotary hand piece similar to a dentists drill and suits material that is too difficult to cut without massive waste. The process takes many more steps than traditional cutting and polishing due to the different tools and media used. and can be frustrating. However by employing the correct techniques a scratch free mirror finish is achievable.

The final result is a work of art that is impossible to ever replicate. Modern jewellery techniques allow for simple or fancy settings to showcase the opal in its organic shape.

This guide aims to pass on what I have learned - the processes, tricks and fundamentals, so that your journey is not quite as arduous as it otherwise could be.

Andrew Kemeny studied physics, mathematics, chemistry and computing sciences at Victoria University New Zealand in the late 1970's but then departed from academia entirely to commence a long career in the corporate world for over 20 years. Andrew emigrated to Australia in 1987 and has two adult sons.

Commencing his own business in 2001 he moved to Lightning Ridge in 2011. One does not move to the home of black opal without becoming absorbed in its magic and allure, so he embarked upon an immersive education program successfully completing opal cutting and carving courses, then applying himself to the practicalities of opal carving, which has become his passion.

Supported by his partner Vicki Bokros and mentor Daniela L'Abbate, Andrew has subsequently created a number of stunning works of opal artistry, and in 2015 scooped the amateur categories of the International Opal Jewelry Design Awards, including first place in both figurative and abstract amateur carving divisions.