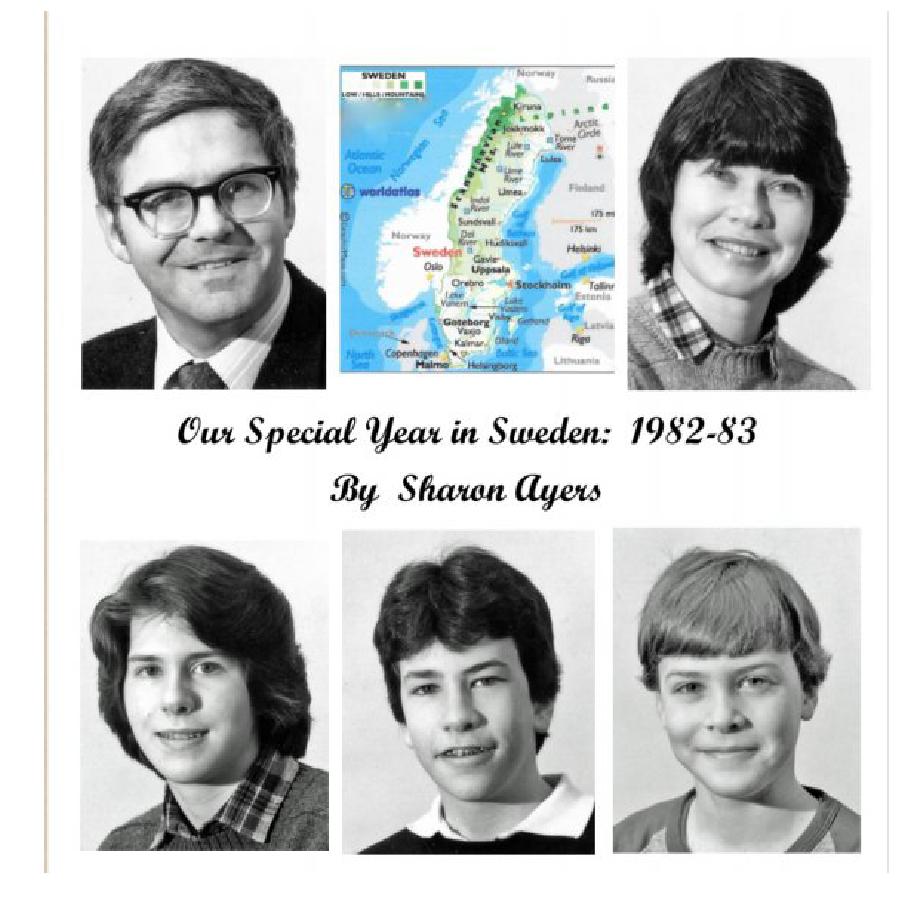 Photo story of our family's life and cultural and language immersion in Sweden itself with opportunities to visit various part s of Scandanavia and Europe.

The author was born of a mixed German - Norman parentage - in a small faming town in Minnesota. Her parents moved the family to the Northwest, Tacoma, when she was only a year. Thus, she grew up loving the mountains, ocean and evergreen trees and the mild climate of the western U.S. Imagine the irony of her then spending nearly thirty years in the eastern U.S., for a few years in both Pennsylvania and Maryland and finally settling down in northern Virginia during her adult years as a wife and mother first and foremost, and later as an executive secretary. It was a foregone conclusion that retirement would return her and her spouse to the west coast, the trees and a milder climate. Now she happily resides in a small town in southern Oregon where she and husband, Jack, have landscaped a large garden, almost parklike, that keeps them quite busy but provides lovely views, & also from every room when inside as well.

Messages from the author:
More Books by Sharon Ayers