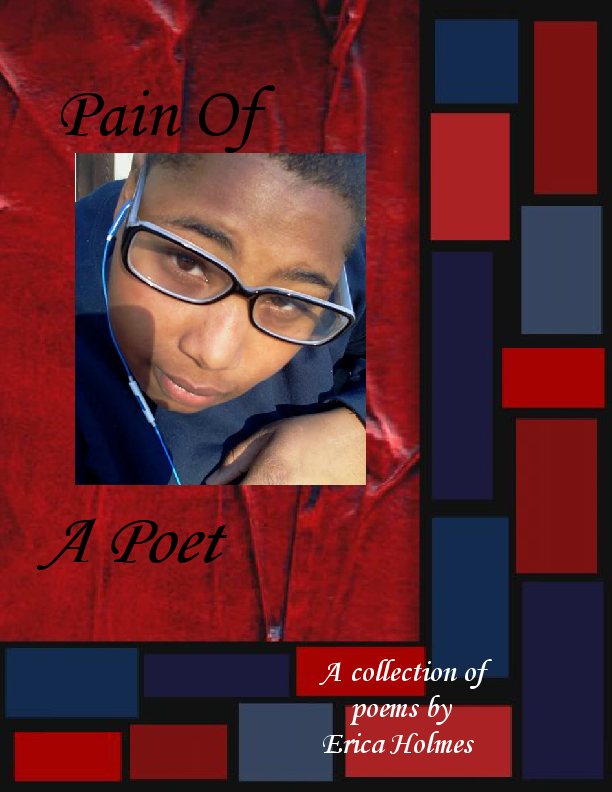 Words that has created and damaged chances of life, that leaves one to value circumstances

Erica Holmes Was Born and Raised in Atlanta, Ga where she has remained in her early 23 years of life, Born into a single parent Home, Erica and her Twin brother adapted to the stuggles of life, As her Mother did All she could and more to see her Smile, Erica went on to Highschool where the Struggles continued and rebellious acts caused her to be expelled, Erica has yet since then Returned to School to better her life and Education. Erica dealt with Life by Writing and being closed in, Writing became her only outlet and a pen her only Friend, Family members call her a Loner, Afraid to let anyone close to her, she Now allows people to take a glimpse into the years she spent alone

share me with your world... allow me to grow in your hearts and blossom into your mind...

reach me personally at destinedpurpose007@gmail.com