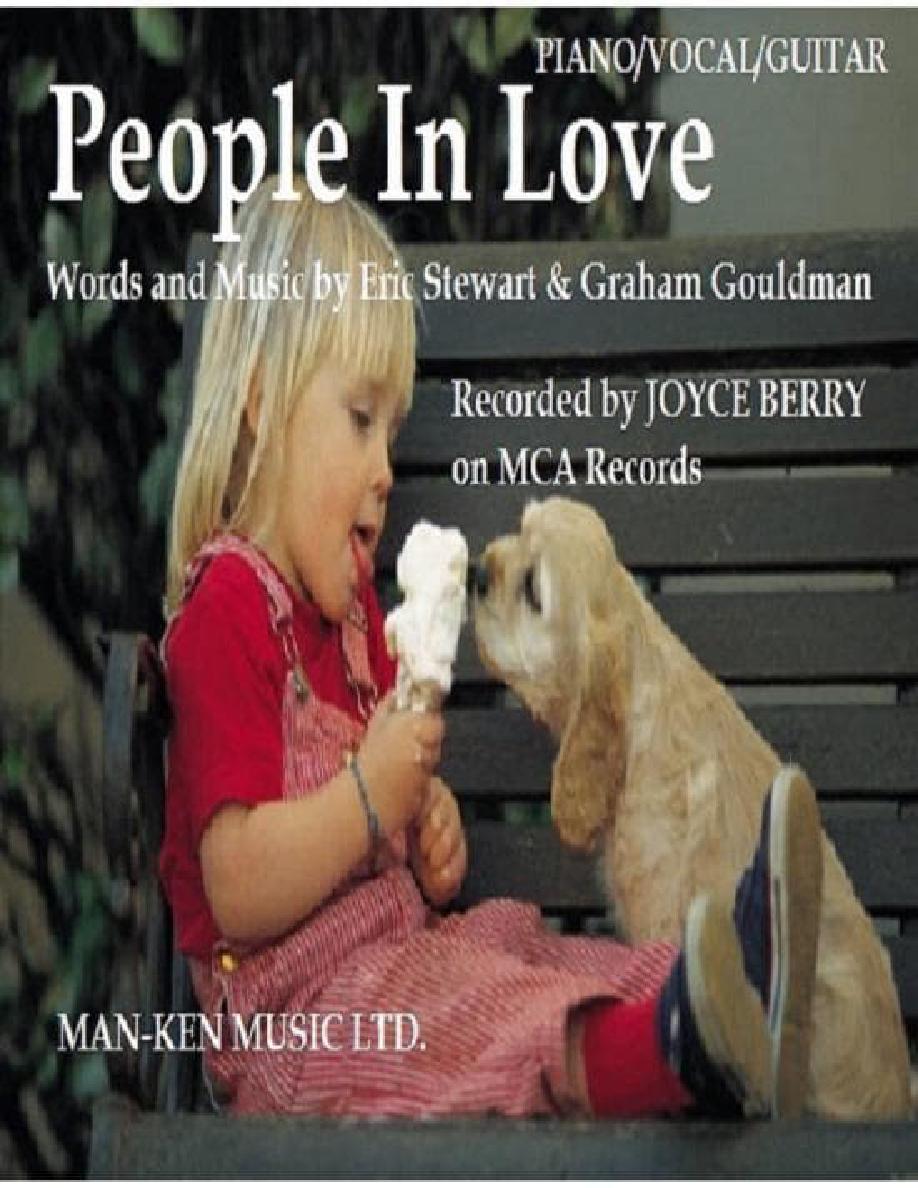 This is the female contralto version of the 10cc tune as her third
single, taken from her second album, "Believe It Or Not", written by
Eric Stewart & Graham Gouldman with gender changed from 'her' to
'his' and from 'she' to 'he' where she sings in a lower register, lower
than Eric Stewart from British pop group 10cc.

When American blue-eyed soul/pop singer and backing vocalist Joyce Berry was younger back in 1977, she heard a pop song on the radio, called, "People In Love" by British pop band 10cc she would be more familiar with and then also bought both a small 45 RPM single and a sheet music of the same song, so she had to learn the words to that song over and over again until she was satisfied with it, so she decided to sing it lower in her smoky alto than band member Eric Stewart in his tenor. Their 1977 original is the Leo Sayer-style ballad according to amazon.com though other critics from rateyourmusic.com complained that their original was a bit too stale, a lot too bread-and-butter while her 1982 soft and percussive ballad version with soft shakers, soft drums and soft congas playing is the Timi Yuro-style ballad.


Since Joyce is a straightforward pop/soul singer with a soft ballad
voice in a real authentic style, she moves away from the Godley &
Creme artistic, abstract art-rock stuff, progressive rock, avant-garde,
rock opera and experimental stuff when she said "No, I don't like the
abstract art-rock stuff of Godley & Creme because I find it bland
and boring that lacks soul. I don't like it. I prefer some of Eric
Stewart & Graham Gouldman only from the mid-'70s better that have
more soul than that when they made such real authentic pop music that I'm always crazy about.", so she decided to focus more on some of the straightforward Stewart & Gouldman pop stuff that she is more
comfortable with.