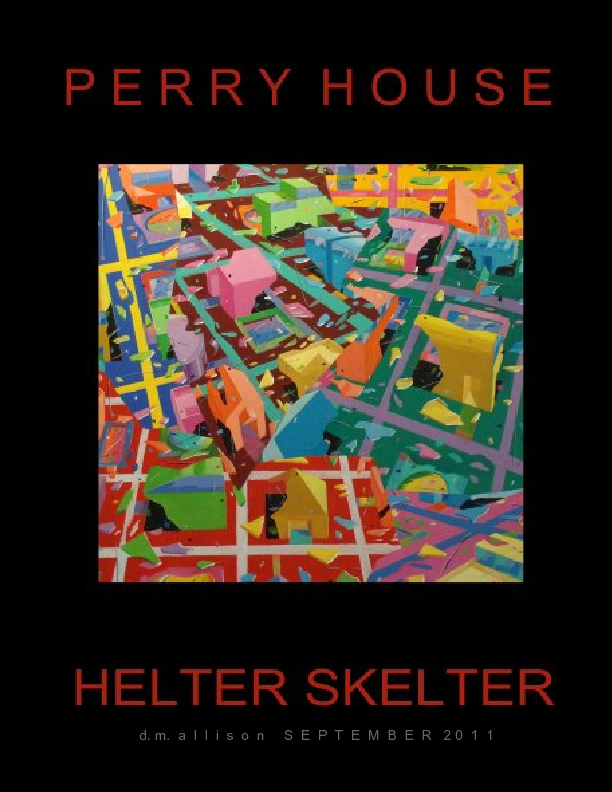 d. m. allison opens it's doors with one of Houston's most recognized artists. Born in Orange Texas in 1943, Perry House graduated from the California College of Arts, Oakland, CA in 1970 and has been living and working in Houston for the last 30 years. As Houston's art scene was coming of age, House was one of the early pioneers of abstraction, showing with some of the most historically notable galleries in Houston, including William Graham, Davis/McClain, and Inman galleries. In the collection of the Houston Museum of Fine Arts, the artist received an NEA fellowship award in 1990 and mounted solo efforts at Diverse Works in 2000, curated by Susie Kalil, and 2004 at the Galveston Arts Center curated by Clint Willour.

Owned and operated by Dan Mitchell Allison, d. m. allison is dedicated to the exploration of emerging talent, as well as a venue for established work by independent visual artists with ideals, direction, and conviction.