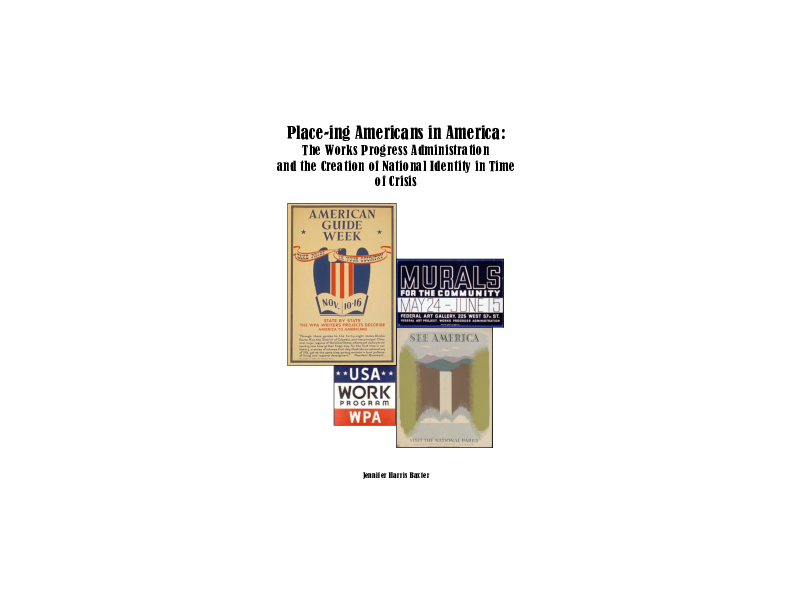 ‘In America, space has played the part that time has played in the older cultures of the world’ asserted historian Sidney Mead . In this paper I will explore a chapter in American myth-making for which Mead’s assertion rings true. Not long after celebrating its sesquicentennial birthday and on the coattails of World War I, the young nation found itself challenged with a devastating economic downturn and the foreboding spectre of another world war. The American identity thus far had been roughly-hewn: to the original colonies and their English Puritan roots had been added various waves of immigrants, which led to a cobbled-together patchwork of a population in a land area so vast that it resisted appropriation. Faced with the global realities of the early part of the 20th century, America found itself needing a ‘self’. It found its self and its ‘place’ through the Depression-era, federally-run Works Progress Administration projects.

Photographer and American diplomat, Jennifer has been making photographs since 1995 and has done so across the globe. This research is part of her ongoing reflection on people and the meaning they find in their places.