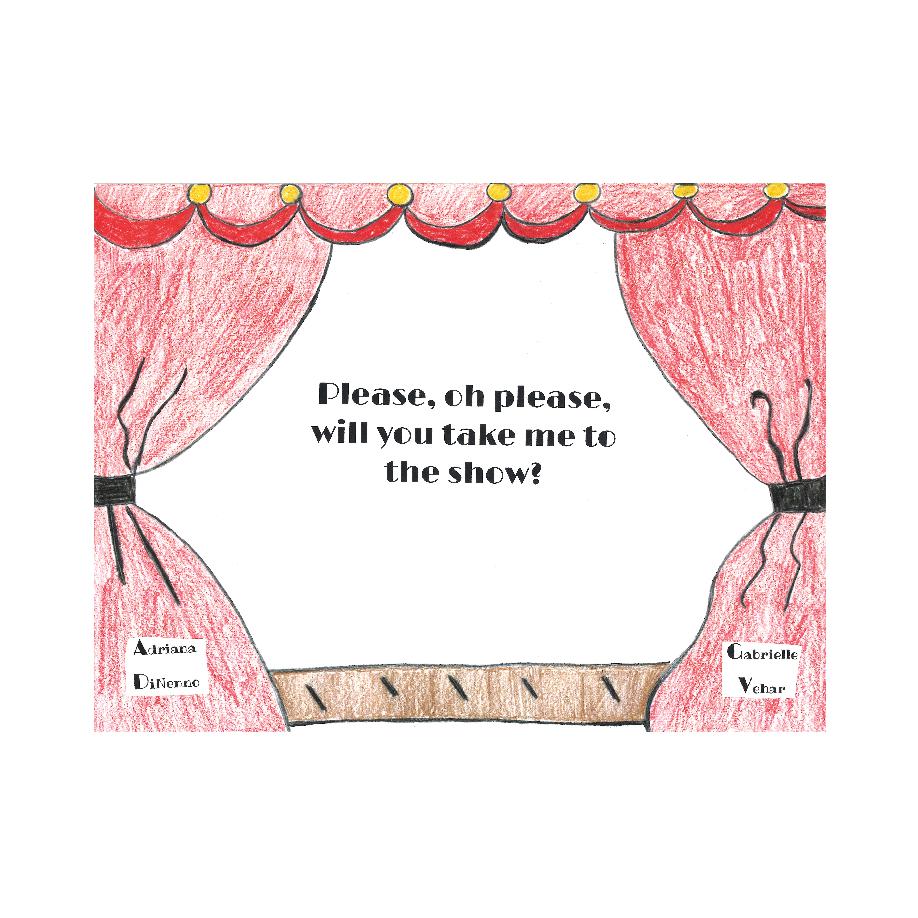 Please, oh please, will you take me to the show?

“Please, Oh, Please Will You Take Me to the Show?” is a picture book that will have children begging their parents to take them to see some of Disney’s most popular Broadway musicals.

The book will feature a child doing something in his or her everyday life that then transports the child to one of Disney’s magical lands. For example, while a little boy is building a snowman, he gets excited to go see Disney’s “Frozen,” so he can watch the two sisters build a singing snowman!

WHO'S WHO IN THE CAST

ADRIANA DINENNO lives in Coatesville, PA with her husband and two daughters. This is her first children's book. She works full-time for a software company. She went to undergraduate at Susquehanna University where she obtained a degree in Journalism and graduate school at Ithaca College for a master's in Communications. She has zero musical talent but loves to go to Broadway musicals every chance she gets. "No day but today."

GABRIELLE VEHAR has performed both for and with children, in her earlier days as an actor /director /choreographer /teaching artist/anything-in­theatre-that-would-pay-worker. She got her B.A. & B.F.A. in theatre, dance, and acting from Case Western Reserve University. An entire lifetime later, she received her M.S. in Communications from Ithaca College, and she now works as a writer and editor for both children and other sentient beings.

Messages from the author:
More Books by Tink