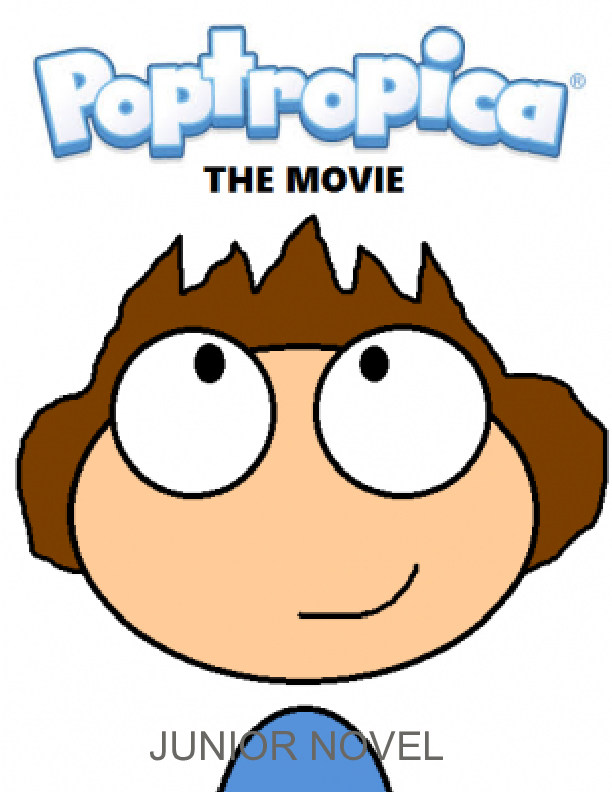 A 14-year old kid named Tyler gets sucked into a computer game called Poptropica. It was great at first, until he was trapped by an evil Master Mime, an evil criminal mastermind talking mime, who eventually trapped other kids from the real world, along with Charlie, to work as Mater Mime's slave labors. They escaped out of the computer screen and back into the real world until Trent tells Tyler the legends of the World Beyond. He also said that the people from The World Beyond needs a hero to stop an evil dark lord named Sineus Dire from taking over the universe. So they entered the World Beyond, as they go on a journey to Sineus Dire's castle and defeat him. After the battle, everyone celebrated with Sineus Dire gone for good. Tyler and Trent went back into the real world, because Trent lived next to Tyler's house, and they didn't even realize it. So Tyler decided to make a mark on the real world, and he will never had to play Poptropica again.

James Sharp (better known as Sharpness Knight) is an American talented teenage filmmaker who makes videos at home, and publish them into Youtube. He is best known for making a feature-length remake of ProductionPoptropica's film.