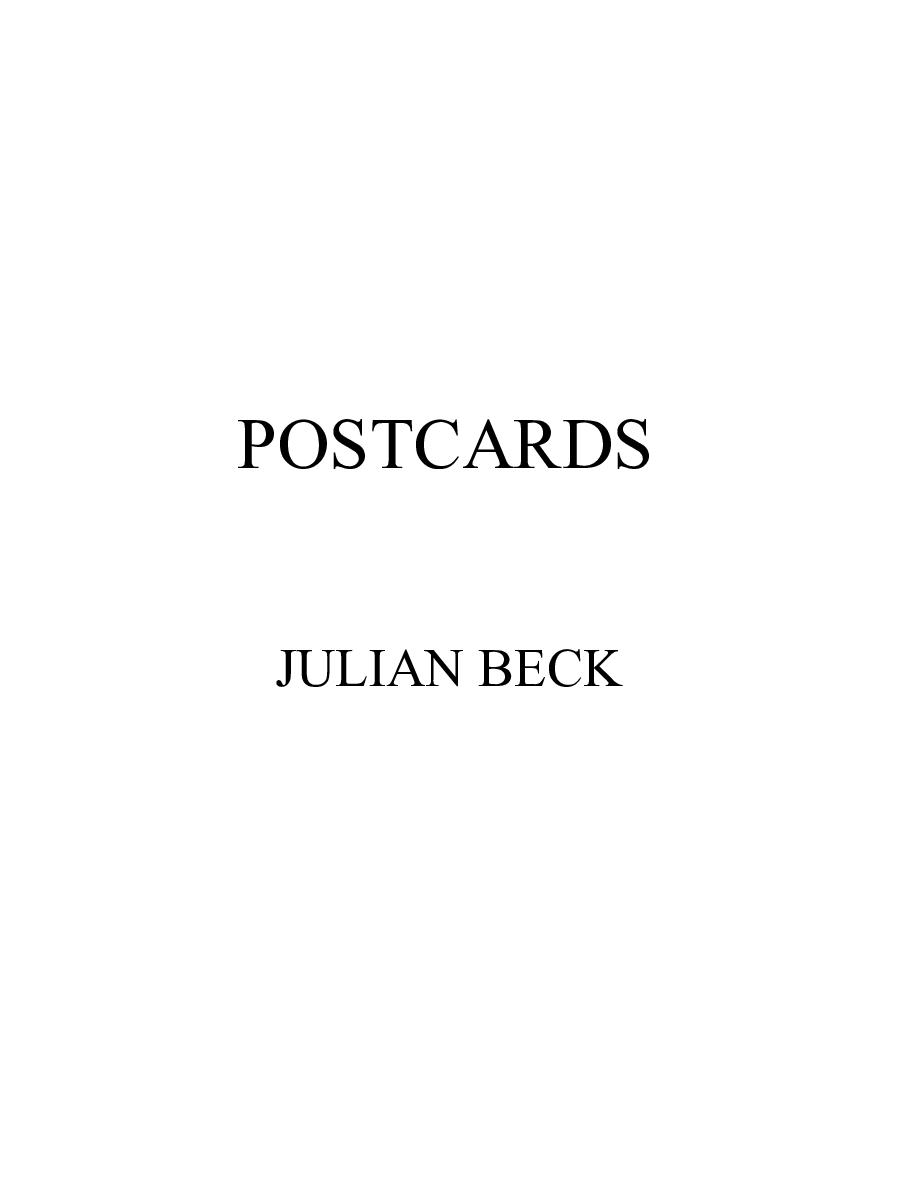 These 177 picture postcards chronicle the journey of my parents, Julian Beck and Judith Malina, across Europe during the several tours of the Living Theatre from 1961 to 1983. The cards contain not only a record of their travels and theatrical productions but also their advice and teachings about art, culture, and politics to their son.

Written mostly by Julian, with a few written by my mother, the postcards bear illustrations of many of the theatres in which they produced their plays, many pictures of the architecture of the cities they traveled through, and many, many pictures of the art: the paintings and sculptures displayed in the museums and public squares of those cities and towns.

Julian’s commentary on these, as to their various qualities, relevance to modern life, personalities of the artists and their roles in shaping the culture or responding to the politics of their times, are a remarkable journalistic endeavor.

Garrick Beck grew up in a pioneering Off-Broadway theatrical family. He attended Reed College and lived for a dozen years on an organic community farm in the Coast Range of Western Oregon. He was instrumental in the founding of the Rainbow Gatherings and the creation of a children's gardening program in New York City. He co-authored Plant and Grow! a teachers' curriculum guide for that program. He has been in the forefront of the sustainable forestry movement and has worked with numerous children's outdoor education activities. Beck owns a gem and mineral business, has three children and lives with his wife, Jenny, in Santa Fe, New Mexico.