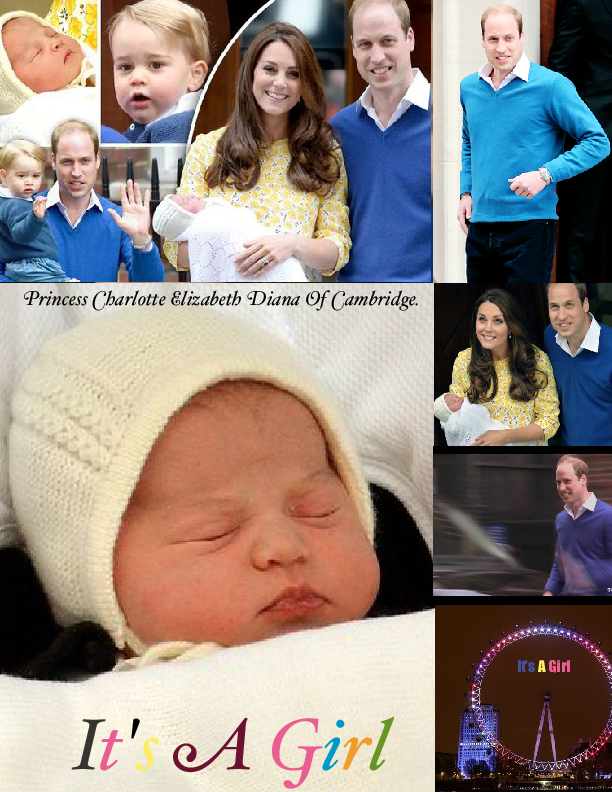 The princess is the second child of William and his wife Kate, the Duchess of Cambridge. The baby will be known as Her Royal Highness Princess Charlotte of Cambridge, royal officials said Monday.

Charlotte, the feminine form of Charles, appears to be a nod to the newborn's grandfather, Prince Charles. The middle names honor Queen Elizabeth II, the infant's 89-year-old great-grandmother, and the late Princess Diana, William's mother.

The princess is fourth in line to the throne after Charles, William and her older brother Prince George.