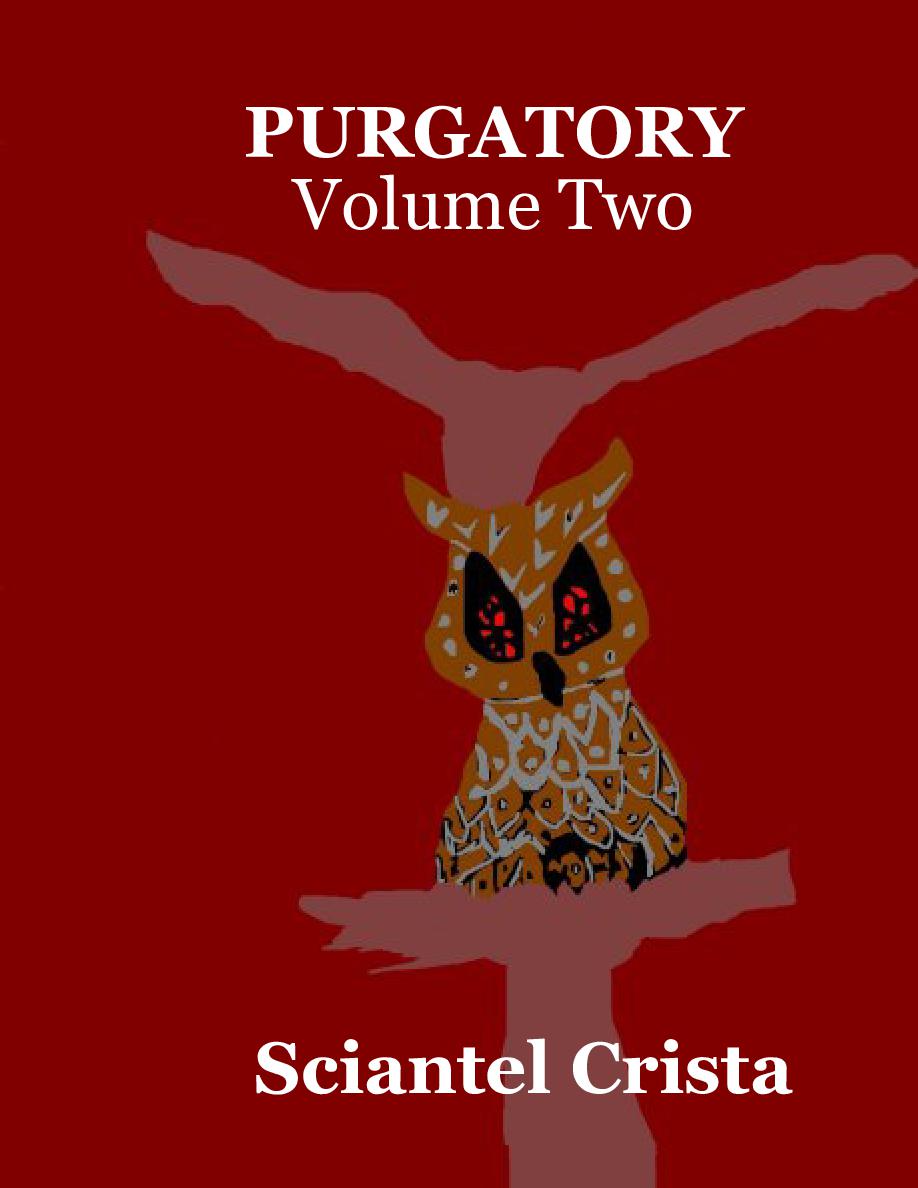 This is the continuation from Book One: PANDORA'S BOX, of Short stories Volumes One and Two. In Volume Two: PURGATORY, is the short stories

What if you were stranded on a new world and come

to find castles stood high on a desert floor. Is this a

place of Paradise or a planet of terror?

Come with Missy and get a membership into the

best Sorority House on Campus. No big deal if

People have disappeared and Annaber is afraid it

might be the Rapture that was spoken would happen,

according to the New Testament Bible. She further

investigates by finding a Bible which are now

But despite her roommate's advice to never read it,

the truth plunges both girls into a nightmare world of

An expedition journeys to the center of earth. Two

people must find why the world has cracked in two.

One side will have no hope.

Scianna never married. Instead, she lives in California and has given her vows to Christ alone. He is her Husband. She is disabled and suffers from a disease called Lupus. Sciantel wrote her very first story, Quicksand Land, when she was in the 3rd grade. She also wrote her first poem called, THE CHILDREN, when she was still in grade school, which won her the recognition that she had the gift to write.

Even though her life has not been an easy one, she did not give up her dreams. In her stories she draws all the pictures herself. Sciantel finds..