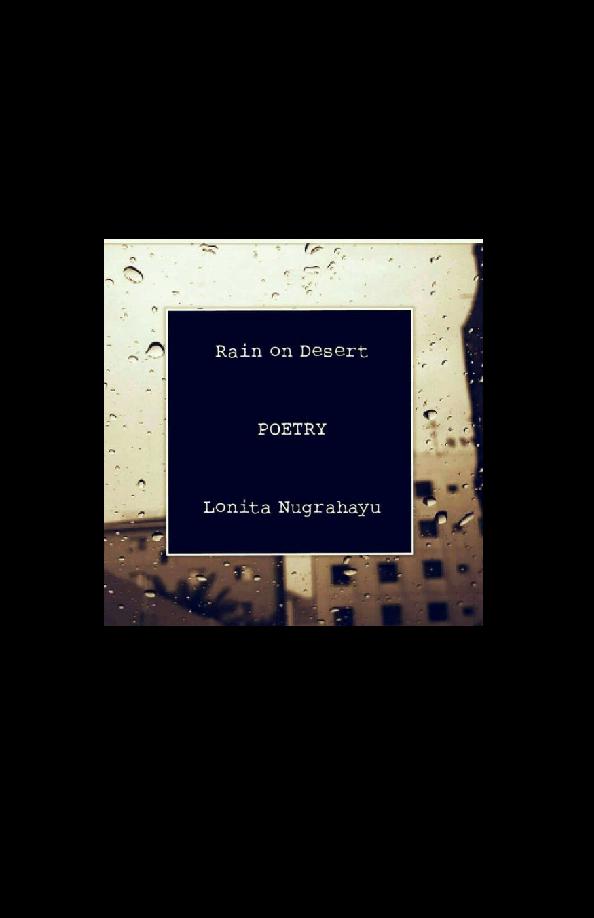 RAIN ON DESERT is a collection of poetry about journey of a love story that has a beginning and an end.

This book has five chapters, where in each chapter the readers would go through different phases of love story. All the chapters portray emotions from falling in love, falling out of love, and letting go beautifully.

“Love stays, it will always stay. Love never lacks anything; it is the lovers who seem to be lacked of love themselves. For every time they fall in love, they rise in hate. For every time love is being possessed by both, at the end it becomes unrequited.”

LONITA NUGRAHAYU has been writing poetry since 2014.

She joined Bahrain Writers Circle in 2016 and has since then become an active member, especially on its poetry group, The Second Circle. She has also been participating every year since 2016 its yearly poetry event called, “The Colours of Life’, where the poets narrate their poetry on stage.

In 2017, she published her first poetry book, ‘Words of Sunset’, which is available worldwide on Amazon, Barnes & Noble, and Open Trolley.

A little before the book was published, she wrote few poems on Anthology book ‘Loneliness’ that was published by Robin Barratt.

She was born and grew up in Jakarta, Indonesia. And recently resides in the Kingdom of Bahrain.

Messages from the author:
More Books by Poetry Planet