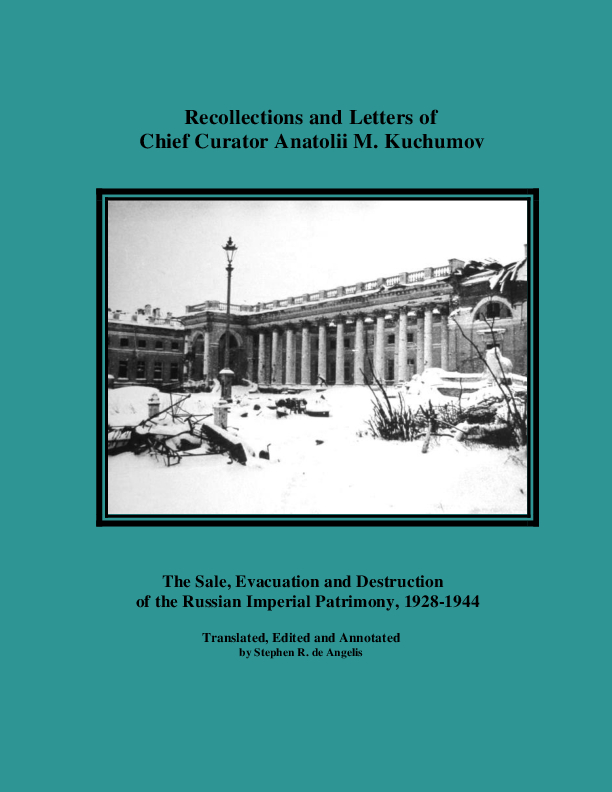 NEW EDITION! High gloss, heavy stock. Crisp, clear photographic reproduction. Anatolii M. Kuchumov was Chief Curator and Director of the suburban Leningrad Imperial Palaces. His recollections from 1928 to 1941 chronicle his many positions during the sale and evacuation of former imperial treasures from St. Petersburg to Siberia.

ALSO, From April 15, 1944 to July 14, 1941 he wrote 13 riveting letters to his wife in Novosibirsk, Siberia, describing the ruin and destruction he encountered in these palaces after the German evacuation.