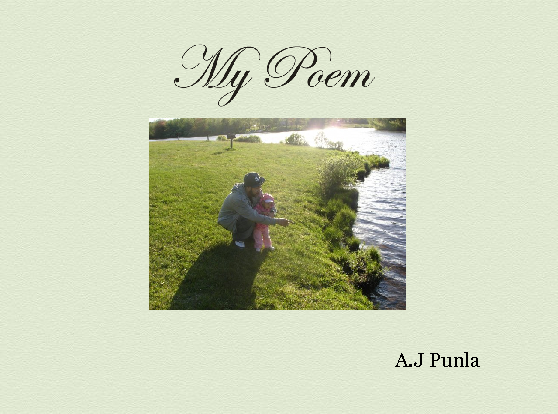 Hand picked poems from my collection that I hope to uplift, inspire, and shed light on certain situations and expresses my love of life.

The first of October in the year 1980 Antoinette J. Green was born. I preferred to be called Jennifer because my middle name was easier for family and friends to pronounce. The daughter of and ex U.S.soilder. My mother works for a major transportation company. I have three siblings. A younger sister, older brother and a younger brother who died of SIDS before his first birthday. He had a short life, but he will never be forgotten. In school I was in different clubs and I joined the tracked team. Also, I sang in the church choir for about thirteen years, but my passion was else where. Often when I spoke I was misunderstood. I was not very talkative or open. People would consider me the “quiet type”. Therefore, I learned to express myself with another tool other than my voice. At the tender age of twelve I began to write poetry. Later in life I met my best friend. We dated for a few years and he got down on one knee and asked me to marry him. I gladly said yes. We had a small private ceremony and now I am his wife Mrs. Punla. Mrs. P for short. After almost two years of marriage we had our first child a beautiful baby girl Abigal Neveah . When I wrote my first poem. It was a beautiful beginning I hope will never end. When I write it is hard to separate me from my poetry. Like a model without make up. It is an expression of me in true form.