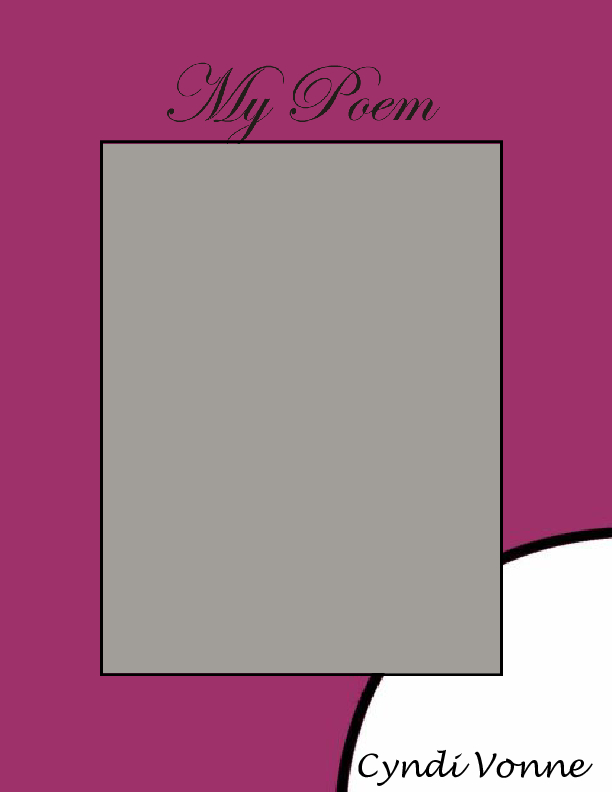 A book of love, laughter, pain, and heartache. The emotions we all endure.

Growing up in the big state of Texas, Cyndi moved too often as a child. Learning how to adapt was an important aspect in her mind, and moving from big cities to small towns was a contributing factor in the developement of her personality! Though some may have felt she was too young to endure the experiences she has already acquired, it provided great writing material.

So at the unbalanced age of 14 (already gone through what she felt was heartache) she grabbed a pen, a piece of paper, and began the path to composing her thoughts. She never knew the satifaction of letting go of emotions with the ball point of a pen, would be so liberating. Now she shares with you some of the most valuable times in her life.