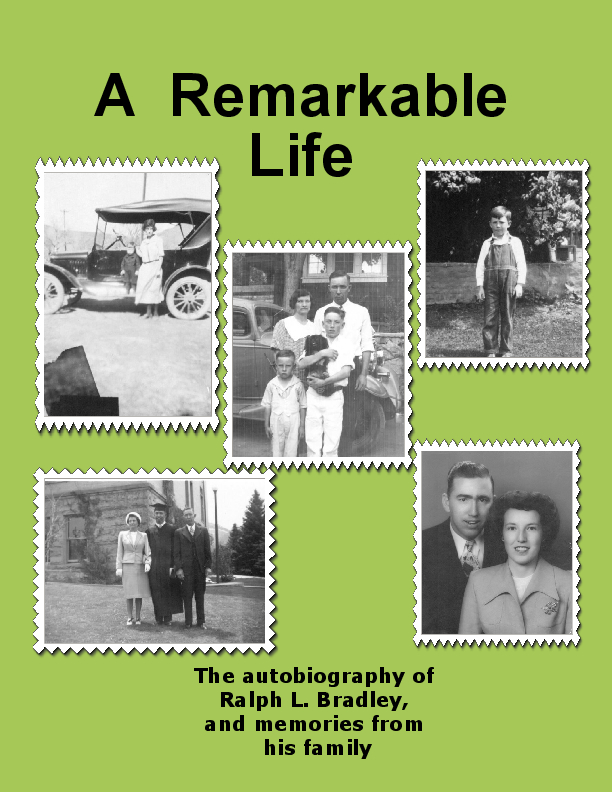 This is the story that Ralph Bradley wrote to his children and grandchildren. It describes the lives of his parents who met in Oklahoma and headed west with their infant son. Their goal was to reach California but instead ended in Golden, Colorado where Ralph and his brother, Hugh, both grew up. The story follows Ralph's journey through life. Memories of his family are also included at the end of the book.

Ralph Bradley was born in Oklahoma to cotton farmers. When he was a year old, his parents loaded all their belongings onto their jalopy and headed out for California. They had car problems in Golden, Colorado and decided to spend the summer camped out in the city park. Ralph's father, Jay, managed to find temporary work at the Coor's Beer factory in Golden, and that is where they stayed and built their lives. Ralph was an exceptional scholar and a motivated young man who worked his way through college, despite an interruption when he was called up to the army to fight in World War II. Later, he became a chemical engineer and worked hard throughout his career which took him to Utah, Texas, Kansas, Colorado, Nebraska, Paris, and Houston. His marriage to Laurel Calmett has spanned nearly 70 years, and his family continues to grow. He is a wonderful father, grandfather, and grandfather.