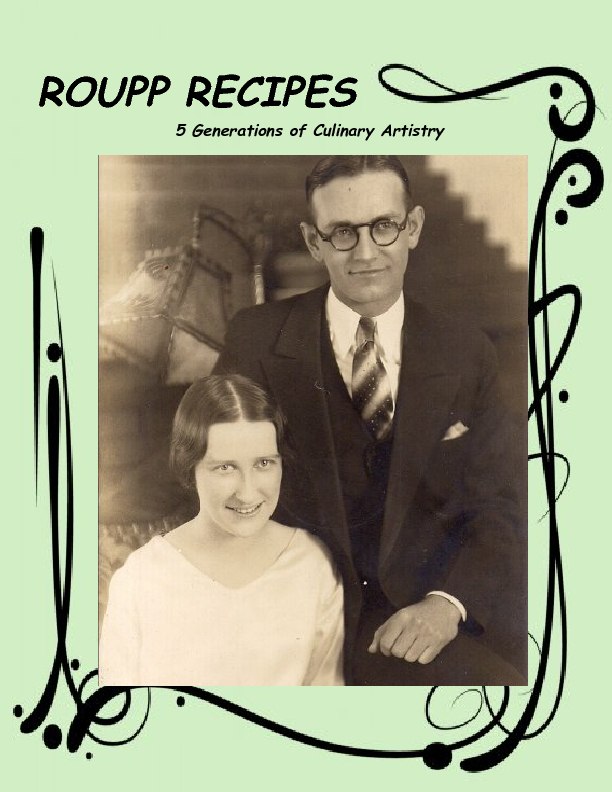 A culmination of favorite recipes from the Roupp/Benell family....5 generations of good cooks and their most cherished and loved recipes!

The roots of the Roupp family started in Oklahoma City, Oklahoma, where Frank Roupp and Dora Hess had a child named John Edward (1904). At this same time, a child named Gladys would be born in Wellman,Iowa, to Delbert Benell and Helena Wertz. They would later marry in 1929, and eventually have 6 children.