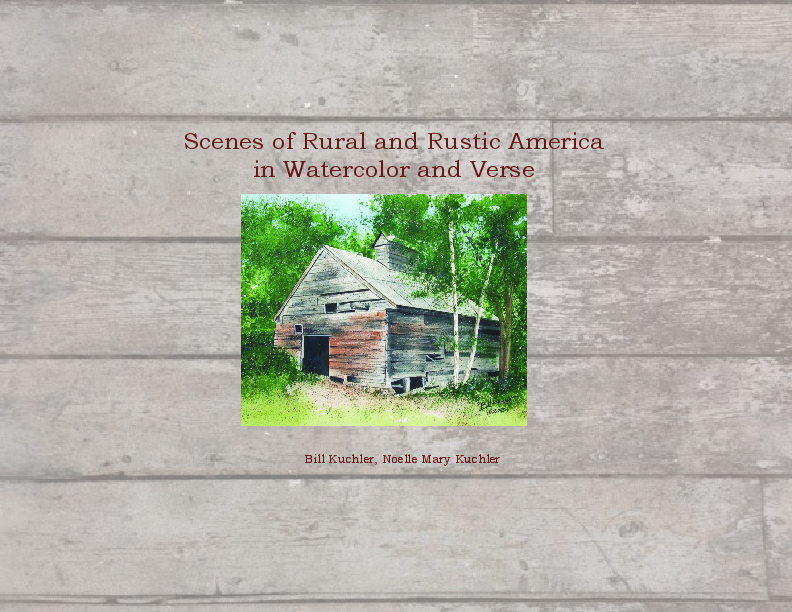 Scenes of Rural and Rustic America in Watercolor and Verse

Award-winning Fine Artist & Graphic Designer, Bill Kuchler, has been painting with watercolors for over thirty years. While his work is inspired by the places that he has visited in the Northeast, including Pennsylvania, Upstate New York, Connecticut and Vermont, Bill also finds his inspiration in the beauty of Long Island. Bill's body of work is extensive and his paintings are often considered snapshots of rural life captured in watercolors. His attention to detail is apparent in all of his works and he manages to create a depth that is rarely seen in such a difficult medium. Bill's work focuses mainly on the barns, lighthouses, and covered bridges that he has come across in his travels. He takes these often overlooked images and transforms them into something different, forcing the viewer to reevaluate what they see and to focus on what wasn't necessarily apparent before.

Noelle Mary Kuchler has been writing poetry and fiction since the second grade. Today her work weaves..