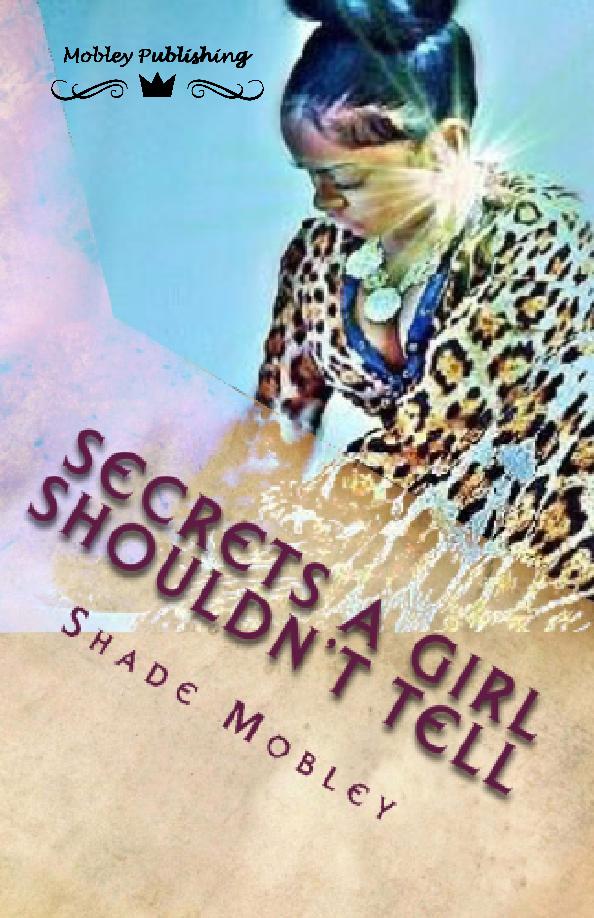 My first book “Secrets a Girl Shouldn’t Tell” is filled with tears, laughter and inspiration. The main Character Amor Laponte is a young women searching for love, friendship and protection in all the right places amongst the wrong people. The issues of rape, abortion, betrayals all come into play. While Amor finds herself hoping the man of her dreams will take her from all her struggles Amor becomes all to into fulfilling his wants and needs. Using her conniving capabilities Amor makes her way into the modeling industry only to become blinded by the jealousy that surrounded her. New friendships, more lovers, death and an aborted child lead to wondering “Secrets a Girl Shouldn’t Tell.”

This young lady is more than a triple threat. She surpasses most writers today because of her ability to become the character in her writing. Shade’ cannot be compared to anyone, partially because those that she has been inspired by range from Sister Souljah , Hill Harper, to Maya Angelou. Artists such as Terri Woods to Zane have been an inspiration to her, but her style is her very own. She simply loves the art of Writing!

Shade' Mobley learned the publishing business like many people do-by jumping bravely into it without any preparation whatsoever. During a period that covered four years, she has experienced and became knowledgeable in newsletters, circulation marketing, financial planning and executive management. Mobley began consulting with book, software, newsletter, and magazine publishers. In 2010, she founded the Mobley Publishing Group, a team of experts who offer editorial, marketing, design, ad sales, circulation, market research, management, and financial services..