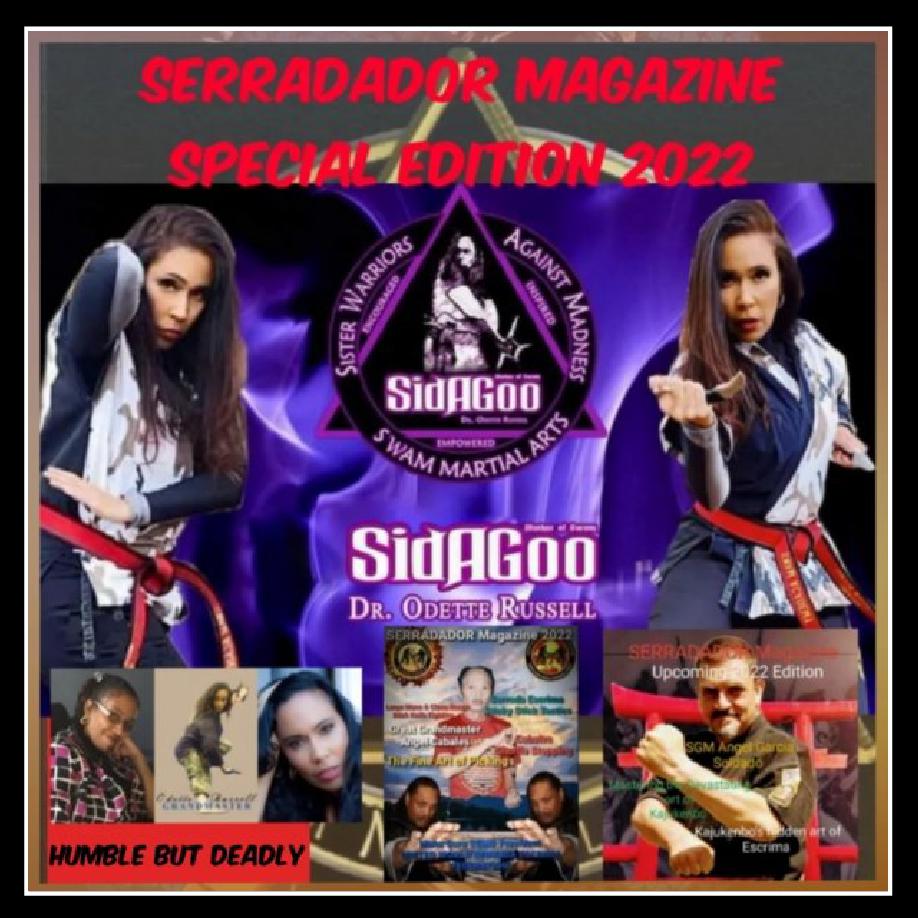 Maha Guru Sr. Grand Master *D* is the Chief Executive Editor of SERRADADOR Magazine. He has over {45} years of actual training in the field of martial arts. The combat arts that he has studied includes Kajukenbo, Chinese Kempo, Thai Boxing, Tai Chi Chuan, Western Boxing, Kali, and the fine art of Cabales Serrada Escrima, as personally taught to him by the late Supreme Grand Master Guru Angel O. Cabales, also, known as the "The Father of Escrima in America".