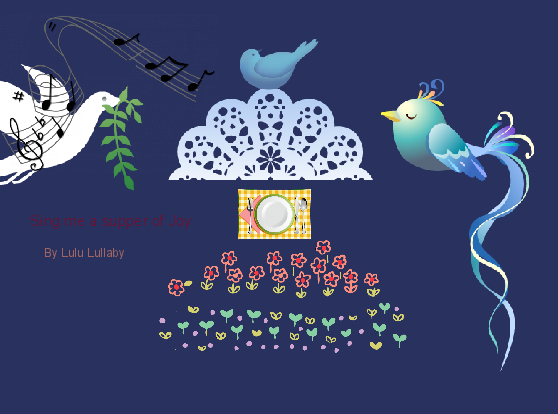 Sing me a super of joy

Songs of the great feast's! and many more

Sarah Grace with the shiny face has worked in the arts and music scene most of her life. Early memorie's include a circus and travelling theater's, touring with bands and working as a clown and then later studying healing and shiatsu and touring as a holistic chef in many city's around the world . mother of two and published poet and author .

Messages from the author:
More Books by gracegirl