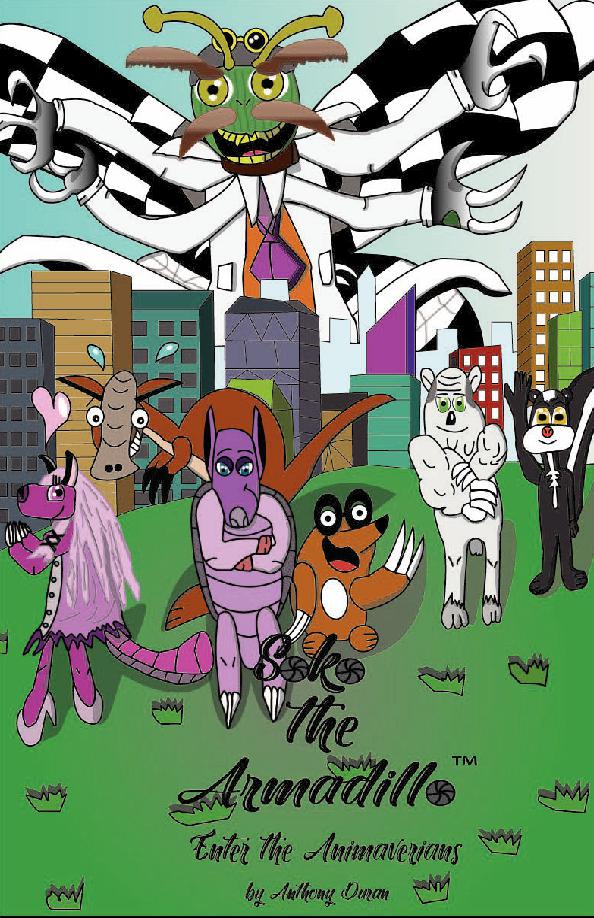 Soko the Armadillo: Enter the Animaverians

In a strange world from another dimension that is populated by a race of anthropomorphic animal-like creatures with special powers with humanoid traits called, “Animaverians” where a teenaged martial arts experienced Armadillo named, “Soko Xenarthra” made dozens of friends throughout his adventures and facing various enemies including a mutated human-sized Butterfly mad scientist named, “Dr. Butterfear” who wishes to transformed Soko’s hometown of Diamondropolis into a mutant paradise with him as their ruler.