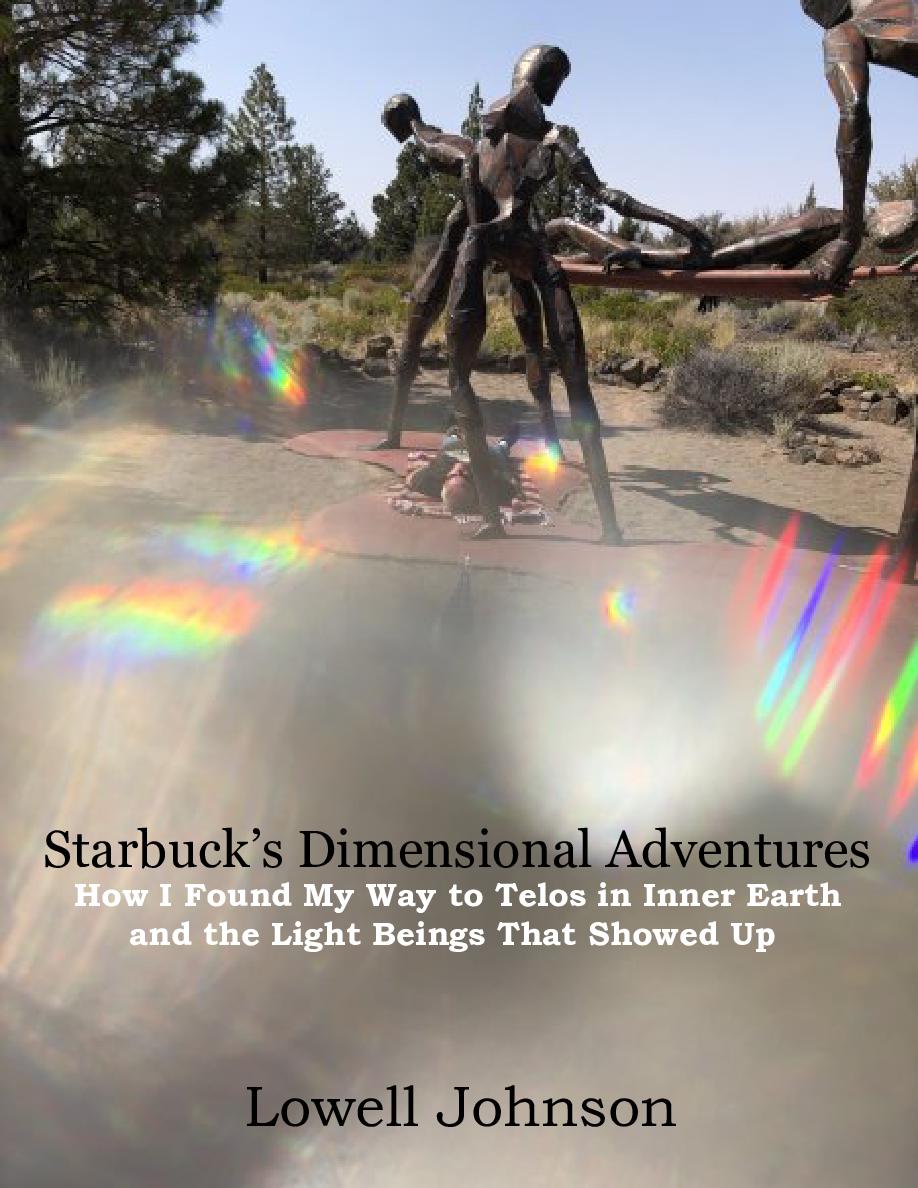 Here is my story and it’s still a work in progress … I’ve had multidimensional experiences which you’ll read about in the following pages … and see the pictures that demonstrate this is not fiction. Welcome to the next level of consciousness. I’m your host Starbuck and if your eyes are fixed upon these words - you have enough interest in our common topics for me to consider you an Initiate. One of my roles is to serve as a Mentor to others realizing the Light they carry within them, thus came Starbuck’s Mystery School, a place to hand down the sacred magick knowledge a few of us hold.

Keep open your mindset to concepts and experiences you haven’t yet experienced while you read through my journal accounts … believe me, I expect you’ll be astonished at what your about to read - just imagine living that path. Perhaps you’ll begin to recognize the synchronicities in your life as well, to see what is meant for you if you will only tune in to that vibration.

Lowell spent the majority of his professional career as a Hospitality Executive - willing to assume leadership roles that were industry and/or community related in every area of the country he lived. He has spoken publicly countless times at events over the course of his career as though he was being prepared to present something bigger down the road. Chasing the same things in this life that we are all conditioned to do, he was quite successful at earning responsibility, recognition and rewards. But he sensed a yearning to know more about spirituality from the time he was young. It’s believed his particular wake up call came in the form of a TIA (mini stroke) in late 2015, and has led him down many multidimensional rabbit holes seeking truth. His personal passion for nature, travel and others seemed to lend itself to the life that was being revealed to him. After more than six decades of trips around the sun - he has a clear perspective of who he is, what he’s doing here and..