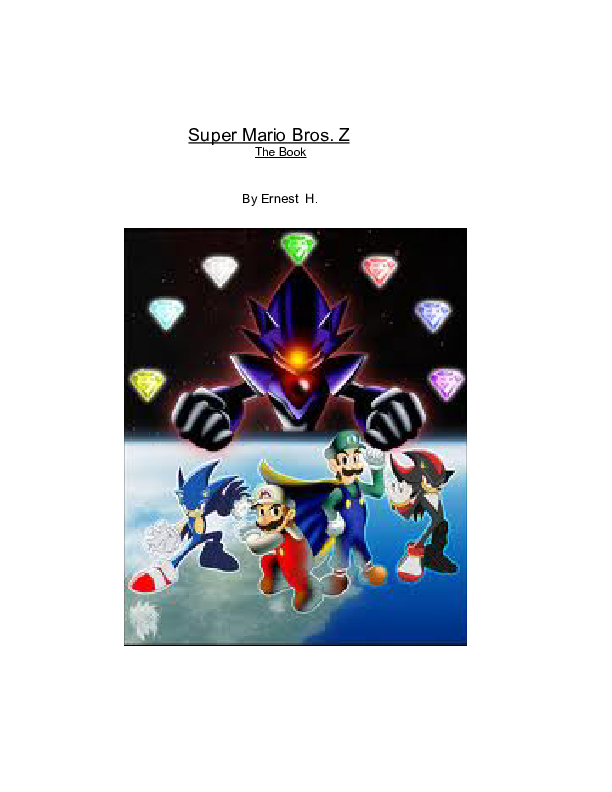 SMBZ is a bizzare series featuring Sonic, Shadow, Mecha Sonic, and the characters from the Mushroom Kingdom. It starts when a strange machine falls out of the sky when Bowser attacks Mario again. It turns out to be Sonic and Shadow, who tells Mario about the seven Chaos Emeralds- and how they need to gather them again. It turns out they followed Mecha Sonic- a powerful robot who wants to destroy the world- because the chaos emeralds were there. So, Mario, Luigi, Yoshi, Sonic, and Shadow go on an adventure to find the chaos emeralds before Mecha Sonic. It doesn't get any better wen other people hear about the emeralds and try to take them for themselves, including Bowser plotting to knab Peach again in the background (or so we think). With all these distractions, will Mario and the others find the emeralds, or is the fate of the universes sealed? Read the book and find out!

There's not much to say about me or Alvin-Earthworm.Alvin made the series i made the book because he cancelled it and i want people to know it was an amazing series.