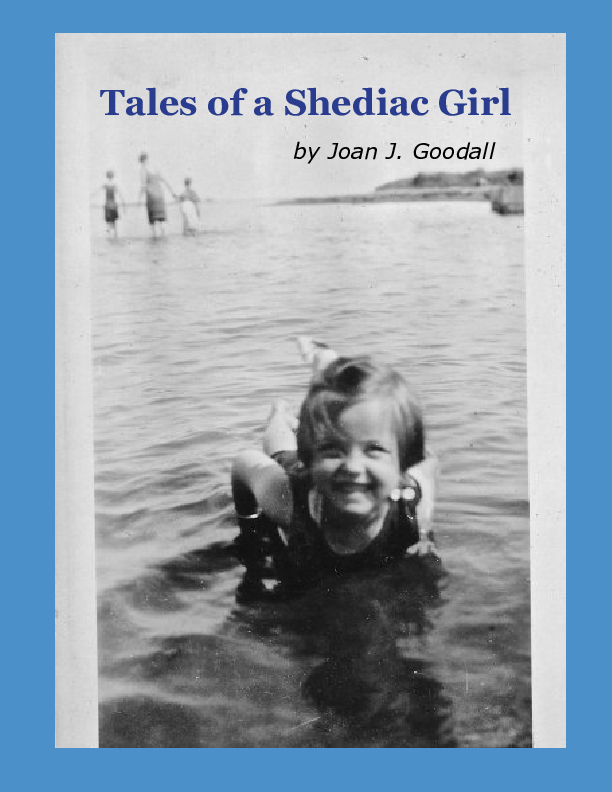 memoir-life stories and photos of growing up in Shediac, NB, Canada, going to Mt. A university in New Brunswick, being married to a career airforce pilot, and raising four children.

Joan Jardine Goodall was born Aug.7, 1922, in Hartford, Connecticut. Her parents were Florence Elsie Jardine, and John Austin Spaulding. She moved to the small town of Shediac, NB. with her mother and sister, Ruth, at age 8, where she lived with her maternal grandparents. At age 16, she attended Mount Allison University, where she studied science. She married William Alexander Goodall in 1948. Alex was a aeronautical engineer with the Royal Canadian Airforce. They had 4 children, Martha, Sandy, Janet and Colin. As a family they had frequent moves across Canada and in the U.K and Europe.